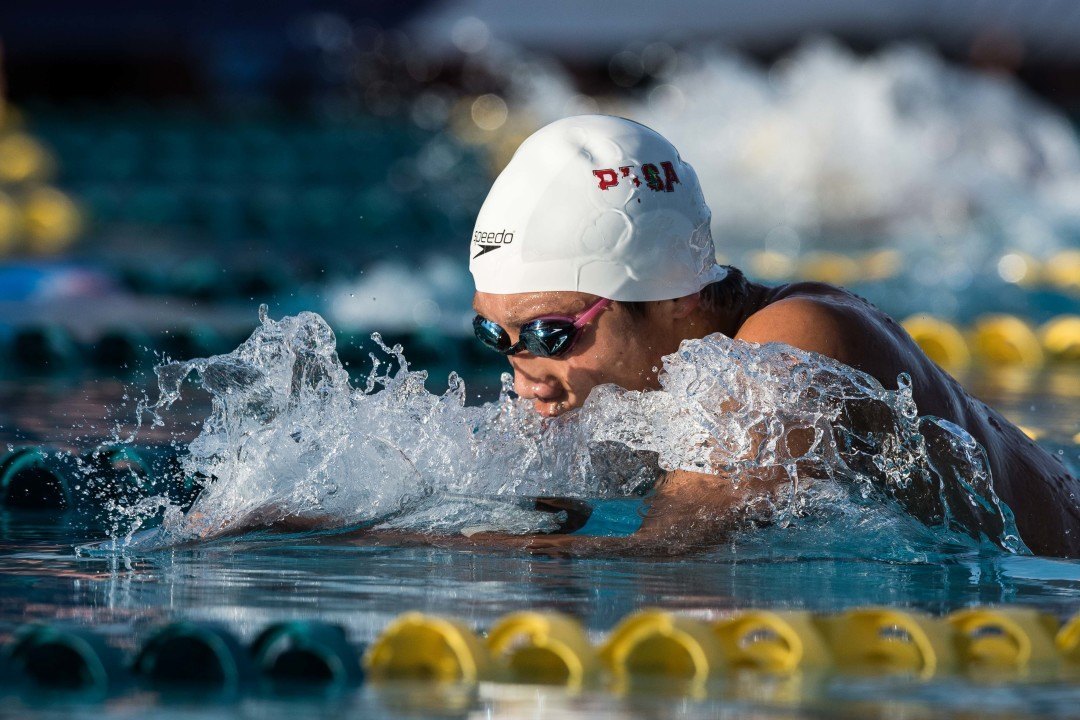 The senior was named a Spring 2020 Outstanding Leader, becoming the first student-athlete to garner this honor since 2015.

The second annual CIF State Swimming & Diving Championships took place on May 20-21 at Clovis Olympic Swim Complex at Clovis West High School in Clovis. The state meet, bringing together the 10 sections that make up the high school sports scene in California, was full of excitement despite the absence of some of the state’s biggest names. There was more depth in the meet this year than in the inaugural version in 2015, and it should be even more competitive next year without an Olympic Trials looming in the horizon.The Crean Lutheran Saints earned the team title in the girls’ meet while the Oak Ridge Trojans were the boys’ champions.

Granada freshman Miranda Heckman thrilled the crowd with a sprint-to-the-finish win in the 500 free. Having been out front early on, Heckman got outsplit by Sunny Hills junior Courtney Tseng over the second half of the race and the two received the bell together as they made their penultimate flip turn. Heckman came home .38 faster and got the win, 4:46.45 to 4:46.87. Santa Clara junior Sophie Krivokapic-Zhou won a tight race in the 100 back, going 53.50. Terra Linda junior Halle Morris won the 100 breast with a superb back half, winning in 1:01.30. Tulare Western senior Mallory Korenwinder was second with 1:01.40, touching just ahead of Paly’s Grace Zhao (1:01.54).

Oak Ridge, who finished third in the team standings in 2015, edged San Ramon Valley by 6 points to earn the team title this year. TheTrojans jumped out to the early lead with a win in the 200 medley relay from Colby Mefford, Ethan Dillard, Bryce Mefford, and Leon Kassianenko (1:32.29). Senior Dillard put Oak Ridge further ahead with a win in the 200 IM, going 1:47.58. Bryce Mefford, a junior, won the 100 fly with 47.89; he was defending champion in the 200 free and placed eighth this year with 1:39.14.

Aptos senior Chistopher Staka won the 100 back with a new meet record of 47.39, coming to the wall nearly a second ahead of St. Francis senior Benjamin Ho (48.45). San Ramon Valley senior Hank Poppe (54.97) repeated his 2015 title in the 100 breast although he didn’t match his meet record time from last year. Seniors Scott Tolman of Sierra (55.21) and Karl Arvidsson of Woodside (55.30) were just behind.

A picture of Alex Liang doing breast stroke? This is rare!