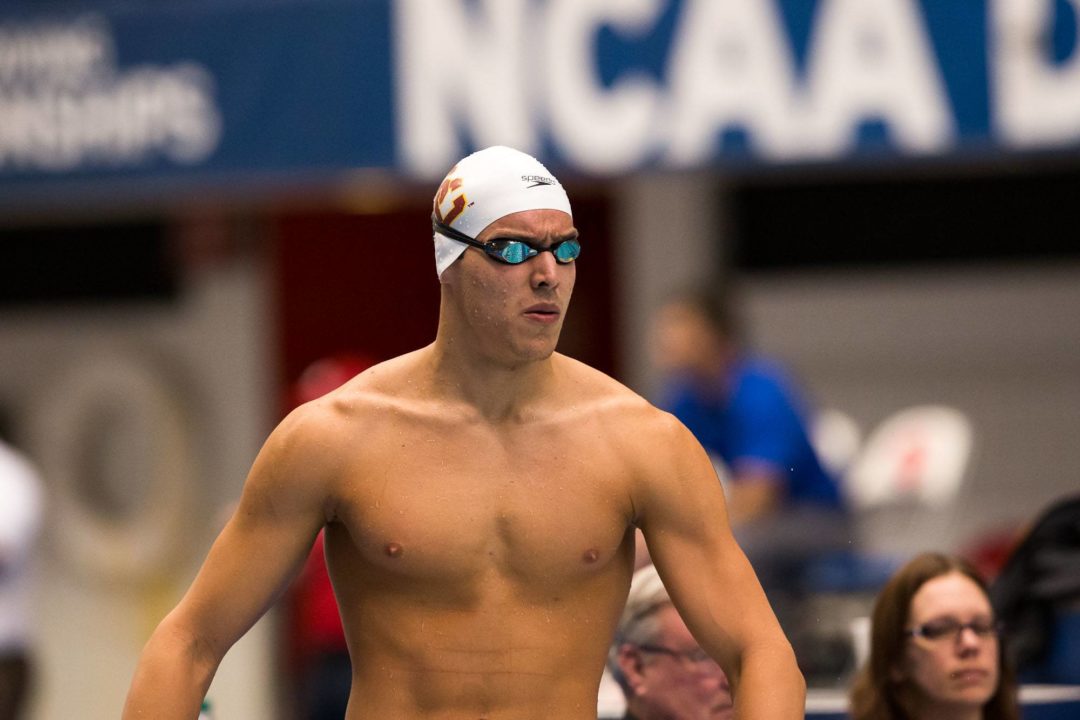 Stanford has the lead in the team standings, but USC is only 33 points behind.

Note: only A and B finals score for Pac-12 men. We’ve included C-finals just for perspective.

USC was able to step up big this morning as they qualify 17 individual scoring swims for tonight’s finals. This was led by senior Cristian Quintero’s top time in the 100 free. This intense race saw three swimmers tie for second and a two-way tie for eighth. A swim off later on in the session gave Cal the “Up” with Tyler Messerschmidt (43.03) edging out Stanford’s Thomas Stephens (43.18).

Bence Kiraly (UTAH) and Pawal Furtek (USC) are the top two seeds in tonight’s 1650 final heat. Both men had solid 500s when they swam in the Championship Final Thursday night. Kiraly’s seed time is 12 seconds faster, but a competitive swim by Furtek could help USC make up some ground in the team standings.

Stanford only has a 33 point lead going into the final night of competition. The atmosphere on the deck will be electric as both teams see who has what it takes to be crowned the PAC-12 Champions.

USC should catch them by the end of the 200 Fly. No way Stanford takes them back on the 400 Free Relay.