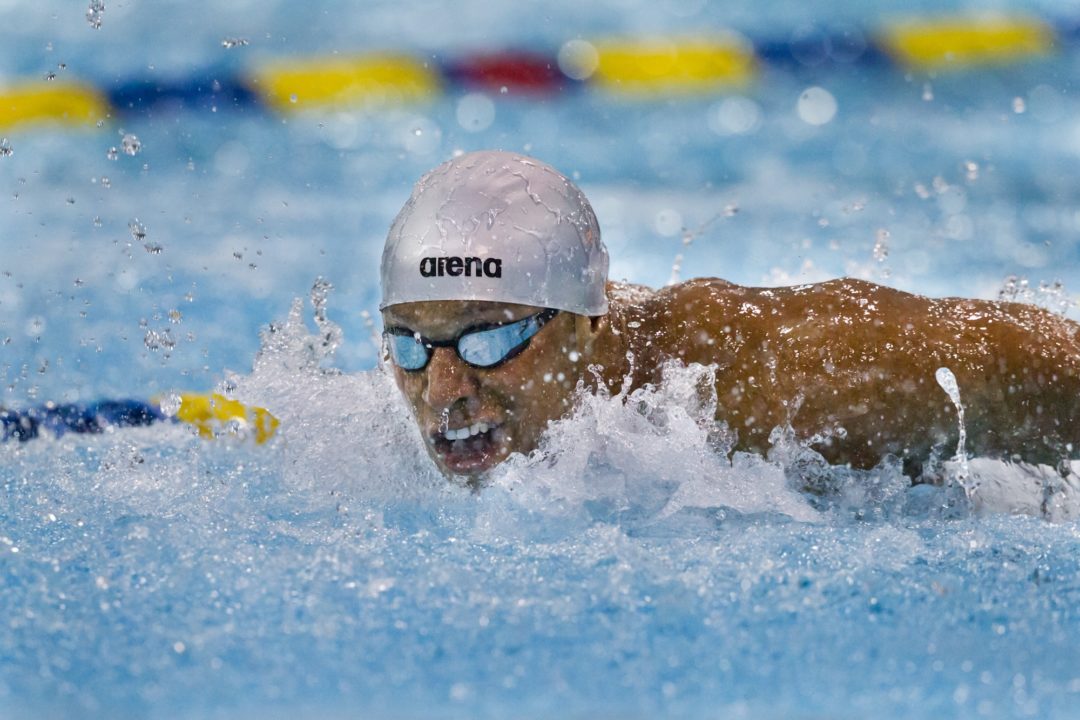 The swimming portion of the 2015 Island Games hosted by the British crown dependency of Jersey continued this week, with the early dominators still on the move.

The Cayman Islands’ Fraser brothers made their marks across several events, with younger brother, Brett, taking the men’s 100m freestyle in a time of 49.13, followed narrowly behind by Shaune’s time of 49.64.  The roles were reversed for the 100m butterfly contest, where elder Shaune touched first in a time of 52.41 to comfortably clear his brother’s mark of 53.06.  Shaune would also go on to win the men’s 100m IM in a time of 54.42, setting a new Island Games record in the process.

Pal Joensen from the Faroe Islands added another two medals to his earlier haul, taking wins in the 400m freestyle (4:21.55) and 200m freestyle (1:49.31), while Jersey’s Ian Black clenched a win in the 50m breaststroke to go along with his earlier 100m breaststroke win.  Black’s time of 27.80 in the 50 ranks him as 10th-fastest in the world so far this year in short course meters.