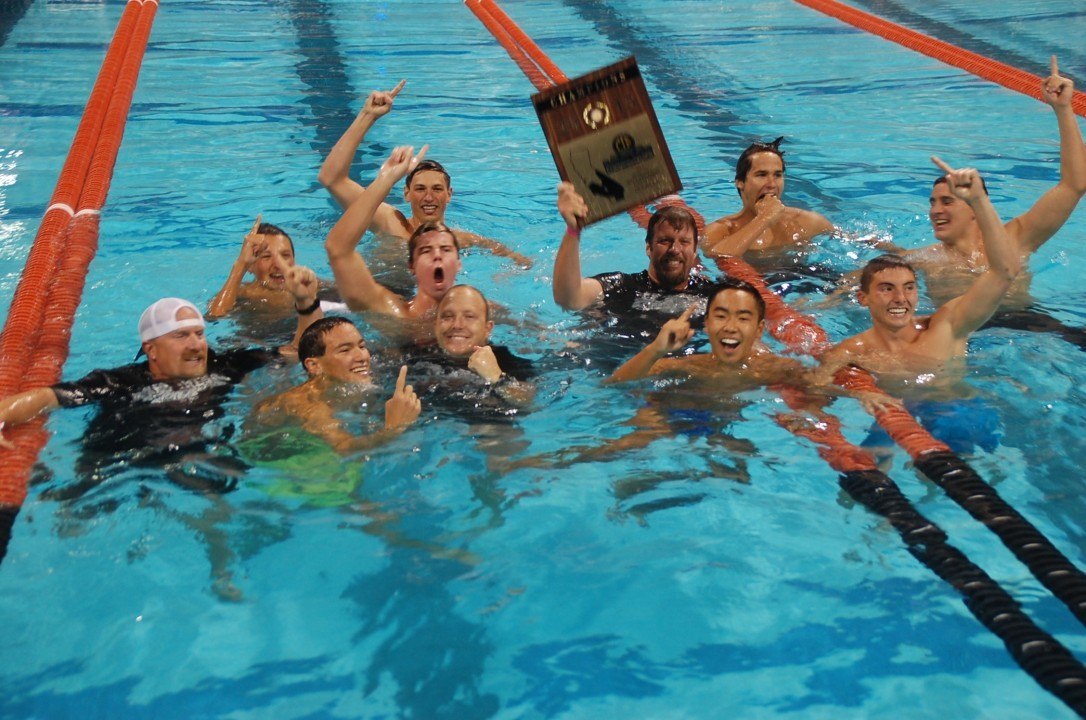 Rio Mesa won the boys' meet at CIF-SS Division III finals with consistent performances from everyone, but especially their relays. Current photo via Anne Lepesant

He anchored in a 19.11, which bodes well for the Badgers as it’s faster than any member of Wisconsin’s 200 free relay in last season’s Big Ten final. 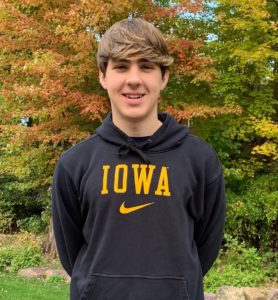 TeDuits, a Wisconsin commit, tied the Division 2 State Record as he won the 100 fly title. Lohr, an Iowa commit, broke the 100 back record.

The meet that kicked off the CIF-Southern Section championships on Thursday night -in the rain- was the Division III finals. Not one record fell on either the girls’ side or the boys’ side of the meet, but there were some exciting races, and some even more exciting team battles. Royal and Marlborough had the biggest gains in the girls’ meet, challenging perennial favorites Walnut and Mark Keppel. The boys from Calabasas, Moorpark and Kennedy all did better than expected, leading to extremely close finishes in the team standings. Calabasas, most notably, claimed the runner-up trophy by 2 tiny points.

Immaculate Heart had three of the top five finishers in the diving event, including 2014 champion and meet record-holder Olivia Rosendahl, but it was Pasadena Poly freshman Daria Lenz who stole the show. The fourth sister in the Lenz diving dynasty won the event with 527.20 points. Rosendahl was runner-up with 524.95, ahead of teammate Anora Denison (484.05) who placed third.

Sophomore Nathan Ketcheside of Riverside Poly had quite an evening. He began with the 50 free, in which he came back from a slight deficit at the 25 to tie Webb senior Adrian Hui for first; both touched in 21.44. Aaron Bauer of Pacifica in Garden Grove went 21.66 for third. Ketcheside then won the 100 free, although in less dramatic fashion. He cracked a 46.70 to put a full second between himself and second-place Brandon Bertolino of Santa Monica (47.73). Bauer scored another third with 47.96.

Moorpark junior Nicholas crushed the field in the 100 breast with 56.64. Second, third, and fourth were bunched together about 3 seconds back. Jacob Christensen of Valencia in Placentia led that group, coming in second with 59.01.