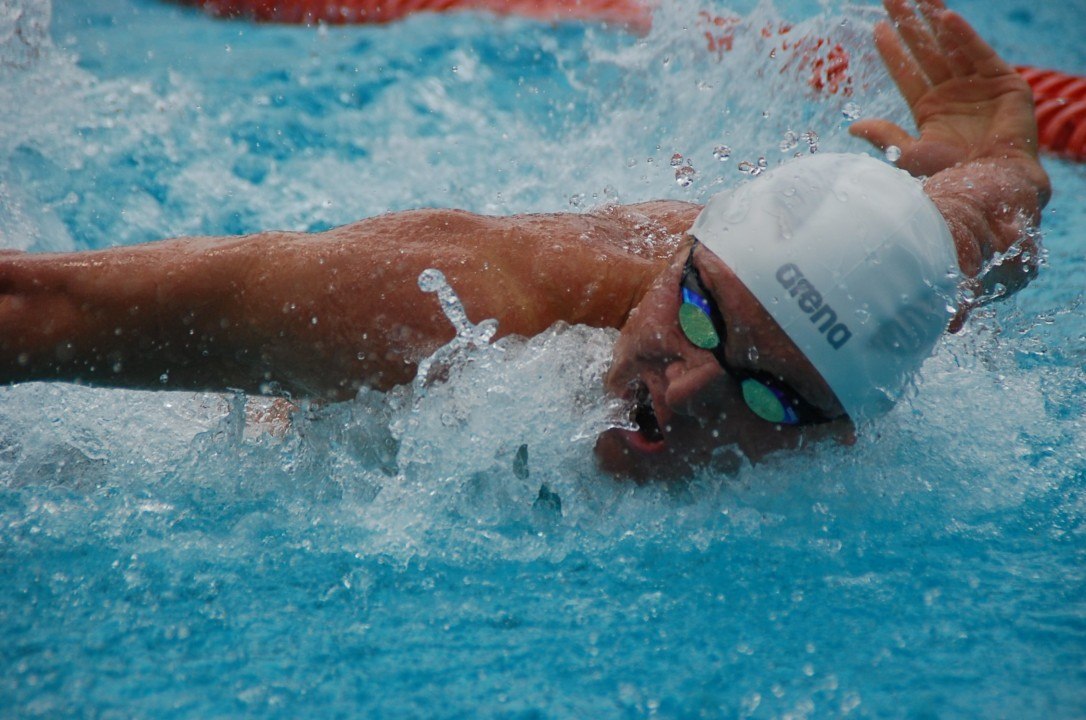 For the first time in history the 10 sections of the California Interscholastic Federation will come together to contest a state meet. The inaugural CIF state swimming and diving championships will take place on Friday, May 22 and Saturday, May 23 in Clovis, California. Each section was allowed to enter the following number of swimmers per event:

There will be two heats of finals; awards will be given to the top six places in each event.

As reported by SwimSwam’s Dean Ottati when the meet was first announced, CIF was hoping to duplicate the success they have had with the state track and field championship. A major impediment to that plan is the timing of the swimming and diving season in California: CIF runs high school swimming and diving as a spring sport, when swimmers in most other parts of the country have moved on to long-course competition. This seems to be borne out in the psych sheets, where many of the big names (from Southern California, especially) have opted to compete at the long course NOVA Grand Challenge in Irvine over the same weekend.

Still, there will be some great races to watch in Clovis.

Quite a bit of depth will turn out to contest the 100 fly in the girls’ meet. Brittany Usinger of Acalanes leads the field with 52.43. Madelyn Murphy of Carondelet (53.82) and Gianna Garcia from San Ramon Valley (53.94), as well as Emily Eastin of Crean Lutheran (54.24) and Beverly Hills’ Amy Okada (54.24) are also contenders.

The top ten entrants all come in with sub-1:39-mids. The top seed is Bryce Mefford from Oak Ridge High School with 1:37.19. Eric VanBrocklin from Northgate (1:38.45) as well as Sheldon Boboff of St. Ignatius and Robert Guerra of Fallbrook, both entered with 1:38.52, should make it an excellent race.

I saw the state meet and it was still good. In fact a lot of the northern kids would have beaten some of the swimmers in SO Cal anyways. Some of the best males swimmers seem to be from the Northern part of the state. Granted, there were a few from the southern sections that would have win like the 500 boys freestyle but other events the Southern swimmers would have been beaten like the 200 IM and 100 yard butterfly, and the southern swimmer in the males did lost to the northern swimmer in 100 yard fly. The girls were different it seem the greatest strength was in the southern section schools since JSerria won and Crean Lutheran came… Read more »

This State Meet has been in the works for several years now. Why didn’t CIF coordinate it
with US Swimming (SoCal and NorCal) better than they did. The previous comment(s) about what memories swimmers will have in the future-swimming at the State Meet or at a “ho-hum” LC meet in Orange County was spot on. If my kid was still swimming in high school, for sure the vote would be for the State Meet with the high school team. Lots more fun! BTW, what’s the worst thing that happened to swimming? Ans. Water Polo

I have coached the Loyola boys in the SS now for 15 years and love the energy, the competition, the environment, and the dedicated/talented swimmers who compete their butts off every year at the sectional meets across the state. California produces some of the best talent in the nation and to not have a “true” state championship meet is too bad. Hopefully the meet this weekend is the start of something great and the number of swimmers who attend increases. We chose not to got this year because of AP make up tests and swimmers who want to try and make OT cuts at the Grand Challenge. We will be there next year 100%.

I agree with most of what you said. I like the idea of a town hall meeting to improve the process. I’m not sure you could get kids to give up competing in their sectional meets and how would that work for relays? They should have waited a couple of years for this meet due to the olympics. If they’re not coming this year in search of an OT cut, what will it be like next year when the OT qualifiers are even more anxious to practice long course.

Water polo will never go away in CA. Having water polo and swimming in the same season will just never happen. And as for swimming outside in the winter, it really isn’t a big deal for experienced swimmers (like for the colleges you mention). All the club teams are outside in the winter and it’s no big deal, but it’s the non club swimmers that don’t like it. I doubt that most of them show up when it is really cold out. I guarantee that is one reason for not having it a winter sport. The cold weather definitely effects attendance for high school swimming.

Isn’t socal water polo in the fall? They wouldn’t have to adjust. It does make more sense to have swimming in the fall.

With all that said I think it would be so amazing for HS swimming in CA to be in the fall. Both swimmers and coaches would love it. The weather would be great and having February through mid-May to be free of high school meets and workouts would be awesome. To have it Sept through mid-November would be so great for all of the elite club swimmers since that is short course season anyways.

Funding was mentioned above. I haven’t heard of any kids not going to the state meet because schools won’t pay, so I don’t think that is an issue here.

please explain how the weather would be great at an outdoor facility in early December?

I don’t see them ever changing the season for swimming in CA. There are fall, winter, and spring high school sports. They haven’t changed which sport is in which season in CA since the 60’s so it isn’t as easy as “just changing it.” Water polo is in the fall. Swimming can’t be a winter sport because of the weather. Club swimmers would be totally fine but it would be really hard to attract non club swimmers. It is hard to start the spring swim season earlier because the kids participating in winter sports would have to join late. For example a ton of swimmers on my high school team are soccer players (winter sport) and even the way it… Read more »

Last I checked Stanford, Cal, and USC all swim outdoors during the entire fall and winter during NCAA season. That is not a valid reason for HS swim. Water Polo is only a relevant sport in the state of California, which is too bad, because that’s a high school sport that simply needs to vanish.

Girl’s swimming was in the fall in the ccs until 1997 and there were fewer conflicts with club swimming. Why not move swimming to the fall and all water polo to the winter season–you could have a fall state swim championship and a winter state water polo championship. Although weather could be an issue–we don’t live in the midwest where weather would inhibit competition.

I’ve suggested to put the Californian high school season in January/February/March to allow the best kids there to have a longer LCM season. I was told that it was not possible with the weather considering that they swim outside in California.
Ok. So put that high school season in September/October/November like Florida!
By the way that idea of CIF State swimming championships is great. If track and field does it forever, swimming can do it too. You always want to watch the best compete against each other. Too bad for that first time that most of the biggest names have prefered to opt out. But I can’t blame them because they give priority to long course.
They… Read more »

Boys Water Polo is in the Fall and Girls in the Spring. It would take an act of God to get those moved.

We used to swim in the fall in California and our sectional meet was usually freezing and rainy.

Anyone know how the funding is for the SoCal schools? I’d imagine its “not in the budget” to send kids all the way to clovis for a couple day meet. Obviously a lot cheaper for many NorCal schools.

Would love to see this become a huge meet that is meaningful to the swimmers and their high school friends as well as provide a well-timed meet to perform optimally and still be able to fully perform for the long course season.