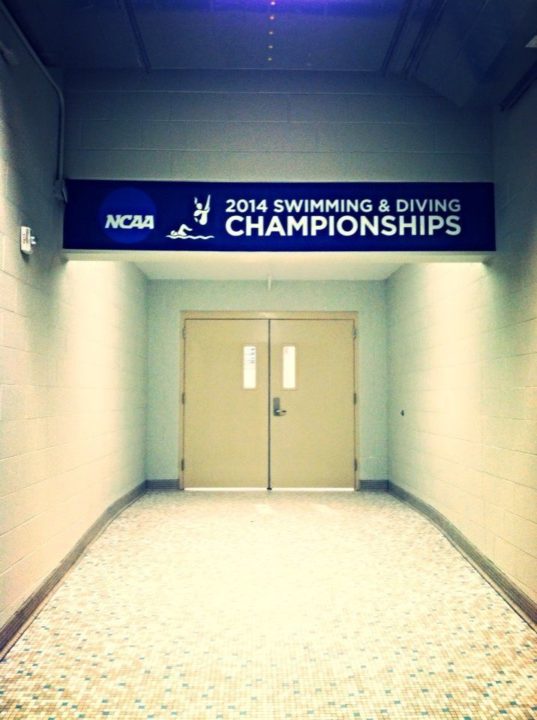 Take a look at our analysis of how we think the NCAA Division II Men's Meet might go down. Current photo via Emily Reh

For the past 9 straight years no one in Division II Men’s swimming has been able to touch the Drury Panthers at the National Level.  This year they attempt to go for the Decade mark and put their names down as just another in the history books.  Many teams would like to see the Panthers upset and Royals of Queens (NC) and the Warriors of Wayne State might be the ones that can take down the dynasty.

We take a look at every individual event, (Relays are too tightly contested to mark a favorite), a breakdown the field and who the favorite might be, which won’t necessarily always be the top seed.

Could this be the year that Drury gets dethroned?  Looking at the individual events and relays combined and taking into account the point from diving here is our predictions for how this meet is going to play out, but just like a chess match, you can make all the right moves and still find yourself in checkmate:

The National Collegiate Athletic Association is a membership-driven organization dedicated to safeguarding the well-being of student-athletes and equipping them with the skills to succeed on the playing field, in the classroom and throughout life.

We support learning through sports by integrating athletics and higher education to enrich the college experience of student-athletes. NCAA members – mostly colleges and universities, but also conferences and affiliated groups – work together to create the framework of rules for fair and safe competition.

Those rules are administered by NCAA national office staff, which also organizes national championships and provides other resources to support student-athletes and the schools they attend. The NCAA membership and national office work together to help more than 450,000 student-athletes develop their leadership, confidence, discipline and teamwork through college sports.