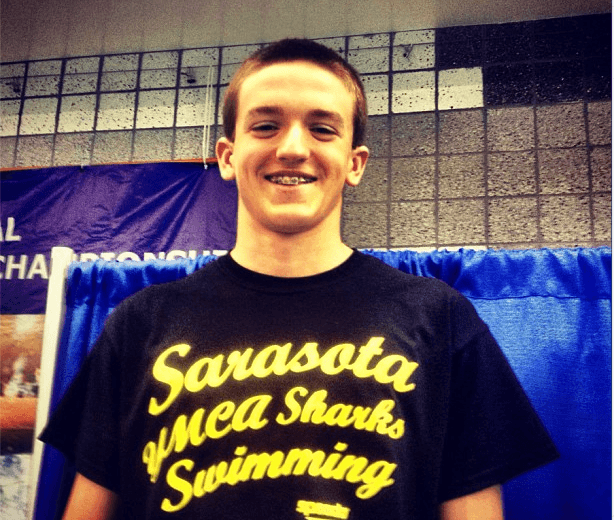 The 15-16 year old boys from the YMCA of the Triangle Area kicked off the Friday morning session with a new National Age Group Record at the 2013 YMCA Short Course National Championships. (Read more about that record here.)

Though they were the only record-breakers in the morning, there are plenty of other events where swimmers were close enough that more meet marks should fall tonight.

That includes in the women’s 200 yard free relay, where the York County YMCA continued their great run at this meet with a top-seeded 1:33.34. That’s just .08 seconds away from the Meet Record, set by the YOTA back in 2006; Middle Tyger isn’t far off of the record either in 1:33.85 for the 2nd seed. The York relay included a 23.69 leadoff from 13-year old Courtney Harnish and a 22.9 anchor from 14-year old Meghan Small.

Harnish showed speed in that relay, but she’s more truly a distance swimmer; she posted a 4:46.97 to take the 2nd seed in the 500 free, jut behind Danielle Valley of the Sarasota YMCA in 4:44.67. Valley will be shooting for the meet record of 4:41.91 in finals, and given what she’s done already in this meet, I wouldn’t bet against her.

Four swimmers were better than 1:03 in the girls’ 100 breaststroke, led by Abby Fisher in 1:02.23. She was followed by Bethany Leap, just behind in 1:02.28, Kendra Crew, and Rachel Stoddard. They will be vying to become the second swimmer in the history of this meet to dip under 1:02 in finals.

Another great relay battle was set up as well, with Middle Tyger taking the top seed in 3:44.03. That includes a 54.12 from Jessi Snover on the butterfly leg and a 50.01 anchor from Katrina Konopka. York, however, is just a tenth behind them in 3:44.14.

In the men’s meet, Zack Warner took the top seed in the 100 breaststroke in 54.98, followed by Conner McHugh in 55.09. McHugh is the defending champion in the event, but both of those top two are faster than the time that won the race for McHugh last year.

In the 200 backstroke, Sarasota’s Alexander Katz took the top seed in 1:46.92, with Dylan Sali just behind him.

Very impressed by Miss Harnish at this meet so far!

Very impressed so far by Miss Harnish at this meet!

Braden – you should make a little road trip up to York Y. Good things going on up there. Lots to come.

Michael Brooks is running a hell of a program out of that Y. I believe he has 200 swimmers and 10 kids with OT cuts in 2012. That is an insane percentage!