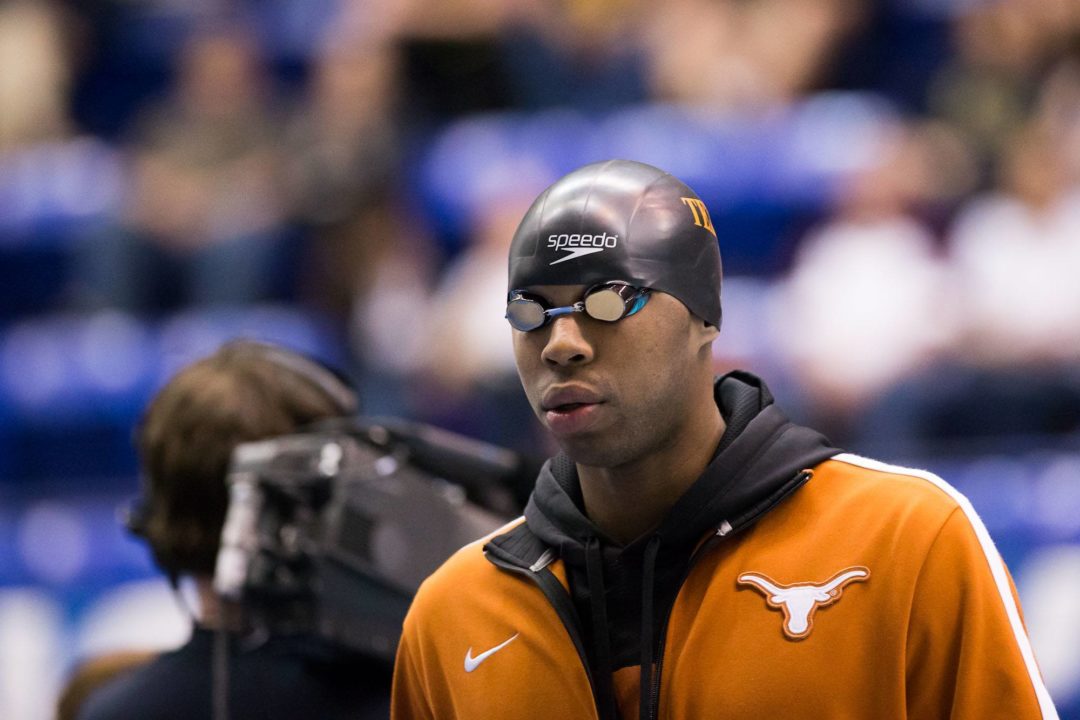 Dax Hill will be among the pros lining up for a big payday in Oklahoma City. Current photo via Tim Binning/TheSwimPictures.com

This event pits pros from around the country with local club teams (largely from Oklahoma, Texas, and other surrounding states), with prize money on the line. In addition, it brings the pros together for a day of community service, a post-meet party/dinner and really centers itself around the opportunities of the club teams in attendance to access and interact with their professional counterparts.

In individual events aside from the 1650 freestyle, the prizes for professional athletes will be:

In the 1650, the prizes for the top three finishing pros will be:

And in the multi-round 50 freestyle shootout, the prizes for the winners will be:

In other words, this meet will give out more prize money than a stop of the USA Swimming Grand Prix Series. Pro athletes are limited to 4 entries at the meet, and no scratches are allowed by them.

Amateur athletes will compete for “prize credits” which they can turn in for prizes, that will not exceed $300.

This year, the top race could be the men’s 100 breaststroke, with a deep roster of pros competing for the cash. In addition to those pros, some ‘elite amateurs’ will be competing at this year’s meet, with a big contingent coming in from California. That includes swimmers like Katie McLaughlin and Brooke Lorentzen. The Schroeder YMCA, with two pros attending (Mania and Saiz), will have some good juniors at the meet, including freestyler Alexandra Meyers.