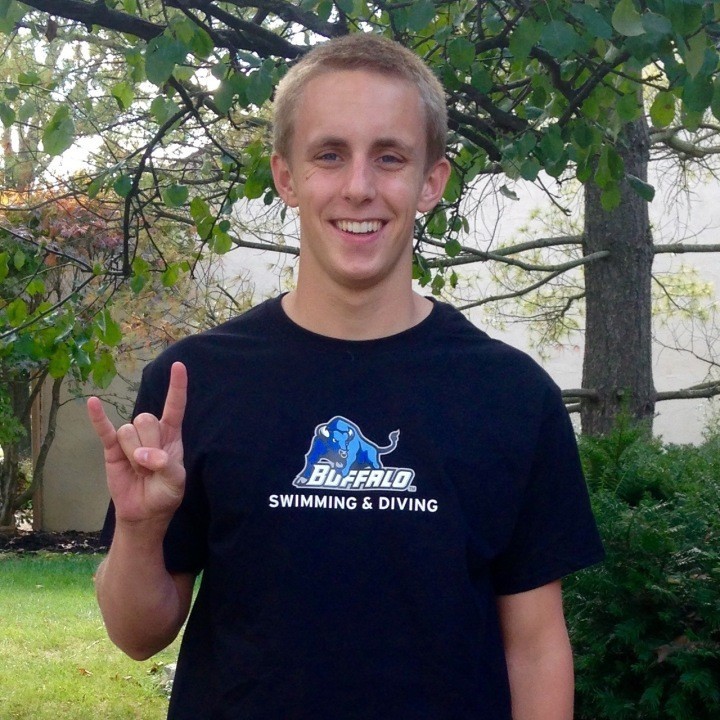 Mason Miller from Westerville, Ohio has verbally committed to the Buffalo Bulls, making him one of the youngest and best swimmers in program history.

Mason Miller from the Ohio State Swim Club has verbally committed to the Buffalo Bulls.

“I chose Buffalo because I loved how close the team is,” Miller said. “It really felt like a place where I could go and make friends that will last me a lifetime. I couldn’t have done this without the support of my coaches, family and closest friends. I am extremely proud to call myself a bull!”

Miller is one of the youngest swimmers in the class of 2015, as even into his senior year he doesn’t turn 17 until November 24th. That gives an even bigger hope of potential for Buffalo, who would celebrate Miller’s verbal commitment regardless of age.

That’s because Miller is one of the best recruits in program history, and fills a hole where the team graduated the MAC Champion after last year and will graduate one of the best in the conference after this coming season as well.

The team finished 3rd at last year’s MAC Championships behind Missouri State and Eastern Michigan, and with Miller likely being good for upwards of 45 points individually as a freshman, plus significant relay contributions, he will bring Buffalo much closer to making up that 180 point gap in 2016.

He’ll also be an even bigger contributor on relays, according to his coach at the Ohio State Swim Club.

So proud of my little brother!! He’s dedicated his whole life to swimming and I’m so happy to see him continuing at a school he fell in love with!! Love you Mason, go Bulls!

Congratulations, Mason! They are lucky to have you!!