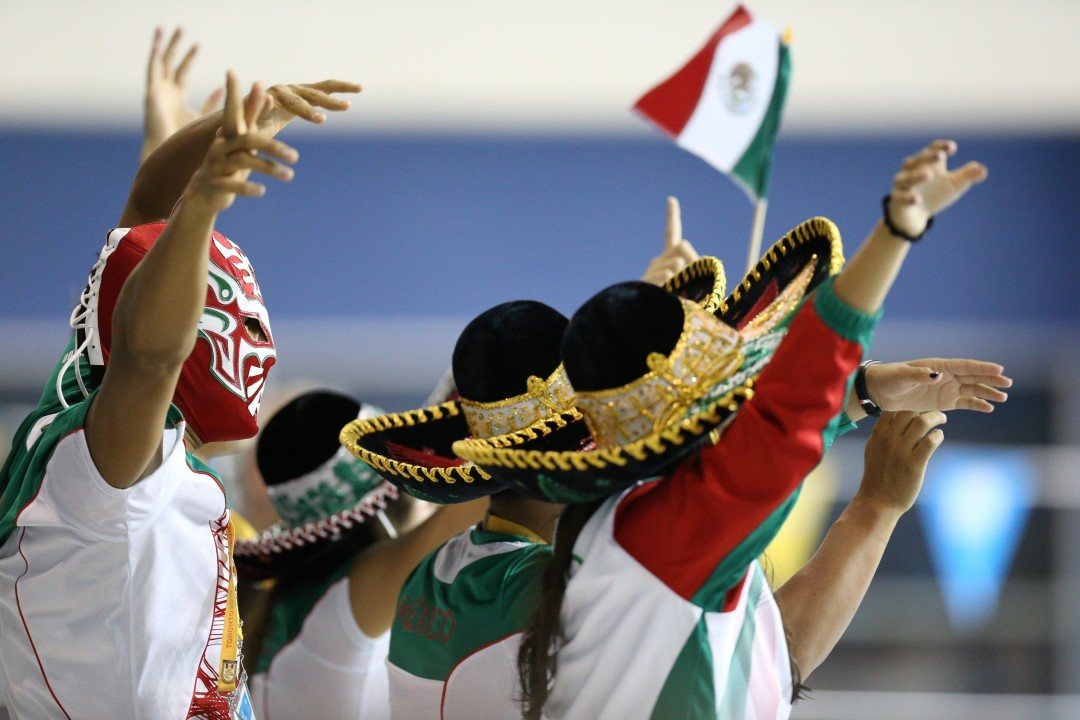 At the beginning of the month, SwimSwam’s Braden Keith reported that a member of the Mexican National Team System told SwimSwam on the condition of anonymity that the Mexican athletes would have to compete under the FINA or IOC flag during the Mexican Federation’s suspension.

FINA suspended Mexico for “not fulfilling contractual obligations concerning the cancellation of the 2017 FINA World Championships in Guadalajara.”

The rule specifically states that sanctions can be imposed “if duties and financial obligations to FINA are not fulfilled.”

Initial reports were that Mexico would have to pay a $5 million fine after they won the bid to host the 2017 World Aquatics Championships and then withdrew themselves from hosting duties. Budapest, where the meetings that levied the suspension are taking place, had originally been named the host of the 2019 World Championships but took over the 2017 duties after Mexico’s withdrawal.

Eleven other Mexican athletes are scheduled to compete starting today in Rio de Janeiro at the first Diving World Cup event of the of year. That list includes:

Mexico’s men’s platform duo of Ivan Garcia and German Sanchez won silver in the synchronized 10 meter event at the World Aquatics Championships last year. They are both in Brazil competing under the FINA flag this weekend.