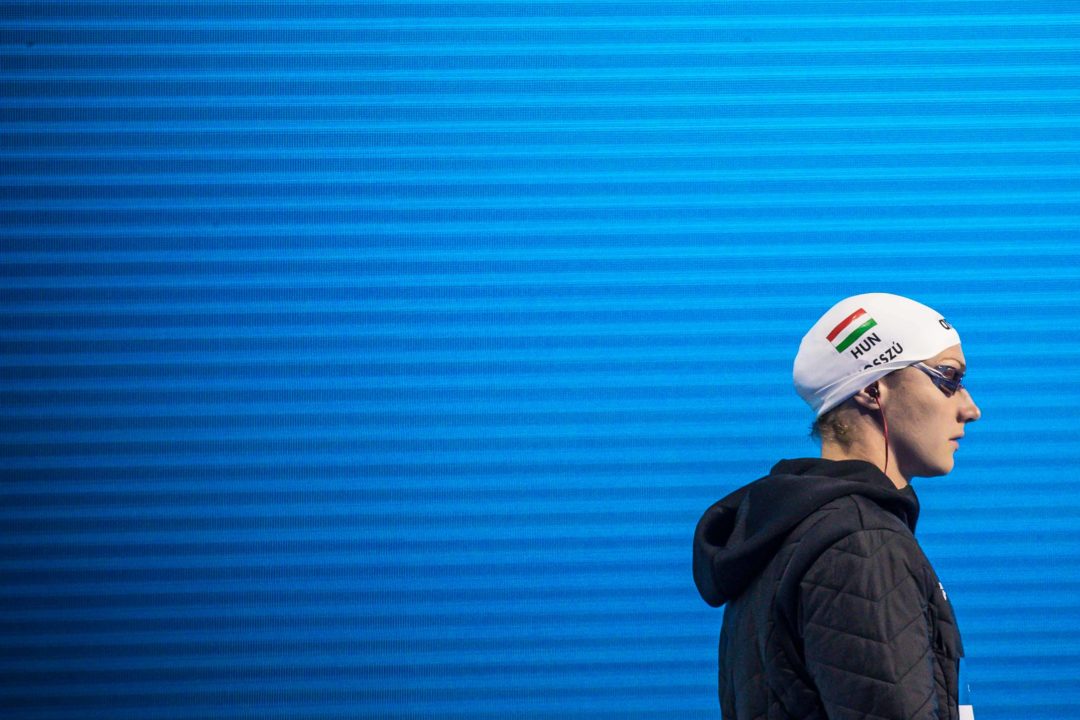 Set to hit theaters in December 2021, the film documents the journey of Katinka Hosszu becoming one of the most dominant swimmers on the planet. Archive photo via Jack Spitser/Spitser Photography

A documentary chronicling the career of Hungarian Olympic champion Katinka Hosszu is currently in the works, and is set to hit theaters in December 2021.

The film, produced by Hungarian company “Szupermodern Stúdió”, released a teaser trailer recently, showing Hosszu behind the scenes training, racing, and in her day-to-day life.

The doc will highlight Hosszu’s journey from her early years in Hungary all the way to becoming a three-time Olympic gold medalist in 2016, along with her preparation for the upcoming 2021 Games in Tokyo.

Hosszu, 31, followed up 2012 disappointment by winning four medals at the 2016 Olympics in Rio, including golds in the women’s 100 backstroke, the 200 individual medley and the 400 individual medley. She also claimed silver in the 200 back, and owns nine Long Course World Championship gold medals, 17 SC World titles, and a staggering 34 golds from the European Championships, combining long course and short course.

The film will also dive into the Hungarian’s legendary training regimen — the reason she is widely known as the ‘Iron Lady’ — which consisted of racing more frequently than seemingly anyone else on the planet for a number of years during the mid-2010s.

You can watch the trailer below:

I’m sorry, but “Szupermodern Stúdió” has gotta be something make up for a Borat movie.