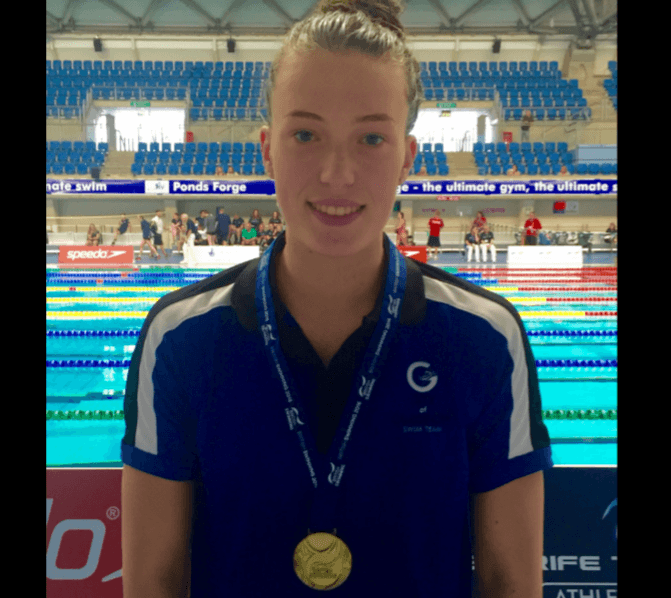 The exciting action from Ponds Forge in Sheffield continued today, as swimmers aged 13 and over took to the pool on the 2nd day of the 6-day meet.

Two para-swimming world records met their demise before tonight’s session was through, as both Jonathan Fox and Steph Millward crushed new marks in their respective events. For Manchester Aquatics’ Fox, he cranked out a new S7 men’s 100m backstroke world record, touching the wall in a time of 1:09.15.

That was immediately after Corsham’s Millward scored a new world record of her own in the form of a women’s S8 100m backstroke mark. She won gold tonight in 1:12.94 to set a new world standard in the event.

Also making history this evening was 16-year-old Anna Fleming from City of Glasgow swim Team. The teenager took the 50m butterfly gold in her age group in a time of 27.28, notching a new Scottish and British age group record in the process. The previous record of 27.37 was set by Laura Stephens of Plymouth Leander in just May of this year, so Fleming cleared it by almost a full tenth of a second.

University of Stirling saw two of its swimmers top the podium tonight. First, having just moved to the team last month, Kathleen Dawson continued on her 100m backstroke siege, this time taking the event in a time of 1:00.06. At her first-ever European Championships this summer, Dawson’s times of 59.83 in prelims and 59.68 in finals marked the first time a Scottish woman has produced a sub-minute performance in the event.

Charlie Boldison, also representing Stirling, earned his 2nd win of the meet, doubling up on his 50m backstroke gold from last night with a victory in the 100m backstroke tonight. Headed into these British Summer Championships, Boldison held a personal best of 54.26 back from 2014, so the swimmer found himself in 53-second territory for the first time in his career.

Bath’s Charlie Attwood took the men’s 19+ 100m breaststroke last night in a time of 1:00.82 and nabbed another gold tonight. His time of 28.00 was enough to hold off the field and place atop the podium for a 2nd time.