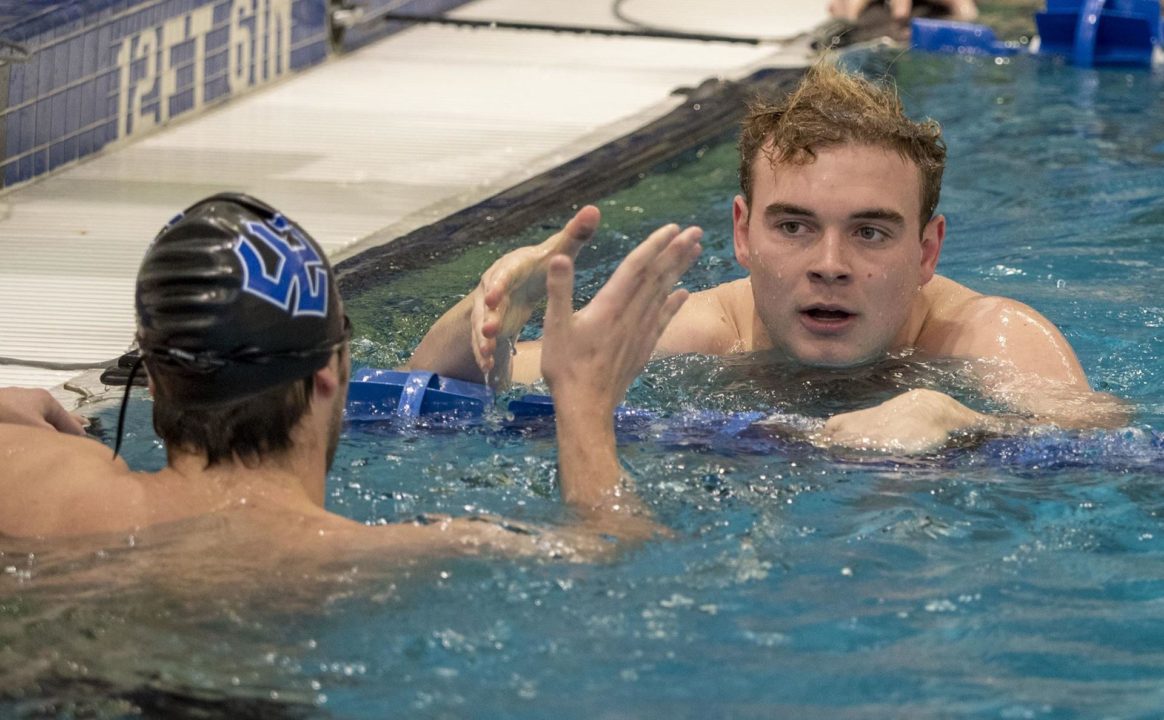 The two teams will square off again Saturday at 11 a.m. in a separate meet.

On the men’s side, the team of Jonathan Mata, Will Twizell, Peter Jones and Ryan Griffiths won the 200 medley relay with a time of 1:47.04. Griffiths’ time of 23.83 at the end sealed the triumph. Jones and Griffiths contributed in the 200 freestyle relay win, along with Brock Cudahy and Andrew Jones. Peter Jones was the leader this time, pacing the squad in 23.89 seconds on the third leg.

Individual victories for the men came from Thomas de Xavier, who won the 100 meter butterfly in 59.47 seconds and John Wilson took the 100 breaststroke with a time of 1:05.81.

Prior to the meet, the Mount honored its 2019-2020 seniors, including the final inaugural members of the men’s swimming and diving team. The list of honorees include Victoria Aung, Cudahy, deTar, Peyton Fuller, Matt Hart, A. Jones, Laura Kingham, Brianna Rizzo, Colette Robinson, Twizell and Matt Wehmeyer.