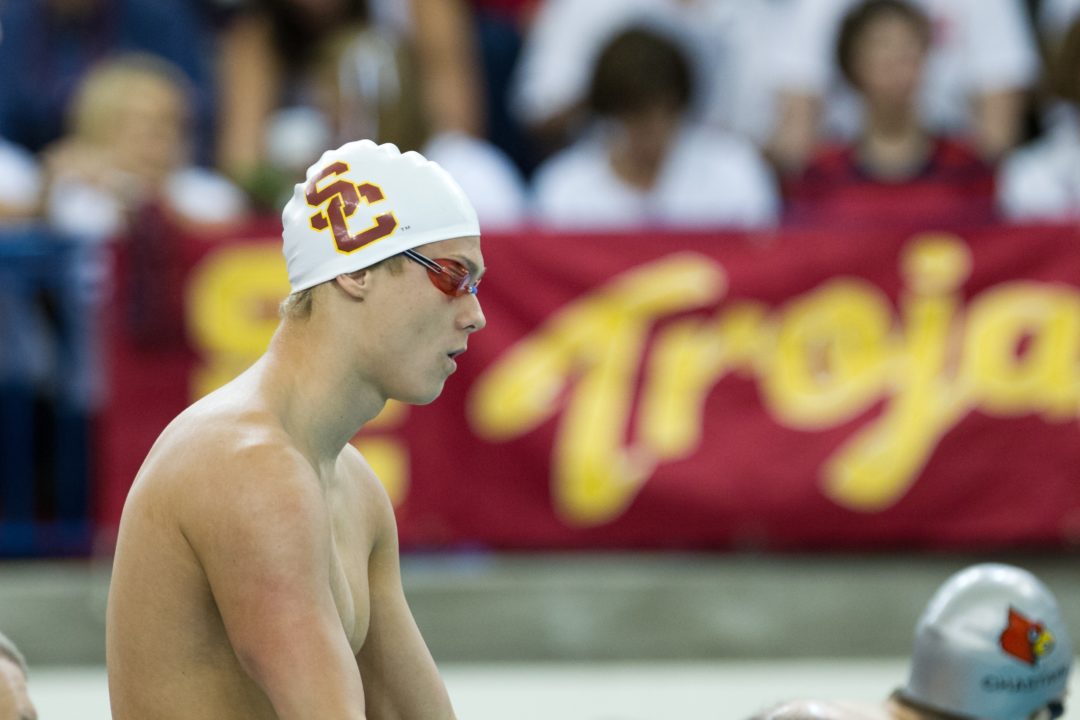 That swim for Morozov is the early leader on the men’s side for top points performance, with a value of 936, though le Clos and Tom Shields should jump it later in the meet in the 100 fly, if history holds. This was the slowest of the times with which Morozov has won the 100 free so far, but it was in the same neighborhood as he was in the last stop in Dubai.