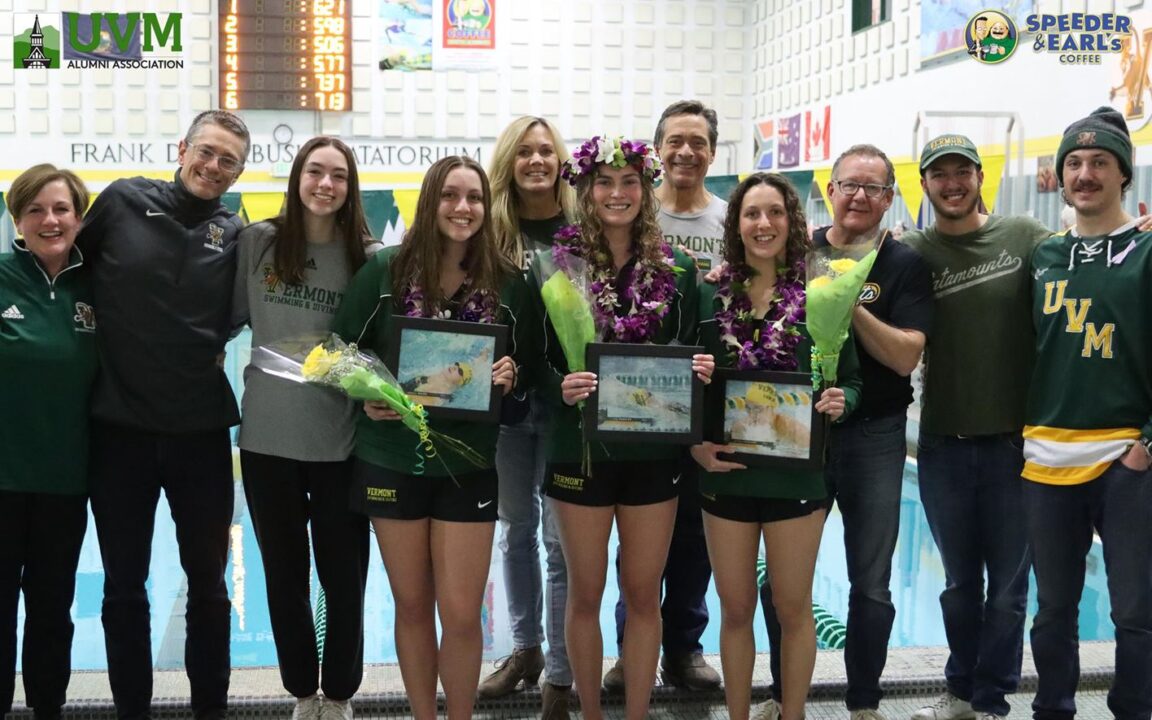 BURLINGTON, Vt. – Ella Church and Hally Laney each won two events leading a strong Vermont performance on Sunday as the Catamounts defeated Siena 177-117 at the Forbush Natatorium on Senior Day presented by the UVM Alumni Association.

COACH’S QUOTE
“Today’s team performance was solid from top to bottom,” said Head Coach Gerry Cournoyer. “I am happy that our seniors were able to have a strong showing in their final home meet.”

WHO’S NEXT
Vermont closes out the regular season next Saturday at noon as they return to the Tootell Aquatic Center to face Rhode Island once again. The Rams and the Catamounts tied for first place at the 2021 Harold Andersen Invitational in November hosted by URI.

BURLINGTON, VT – Following a month-and-a-half off from competition, Siena Swimming & Diving returned to the pool with regional dual meet action Sunday afternoon. The Saints traveled north to face the University of Vermont, falling, 177-117, in Burlington.

Despite the loss, the competition featured several bright spots, including personal best times and event victories. Junior Rory Kalac took home the top spot in the 50 free (24.52) and placed second in the 100 free (53.88).

Sophomore Talia Spenziero placed first in the 1-meter diving event (232.80), while classmate Audrey Shultz won the 200 breast (2:30.39) and took second in the 100 breast (1:10.16). The Saints ended the day with first place finish in the 200 free relay, with the team of sophomore Demi Bobarakis, freshman Kylie Carter, freshman Shaylea Triller, and Kalac leading the way.

Siena’s road to the 2022 MAAC Swimming & Diving Championships in February continues next weekend, when the Saints round out regular season dual meet action at Saint Francis (PA) on Saturday, January 22 at 1 PM.