Venezuela is Golden on Night 5 of 2014 CAC Games 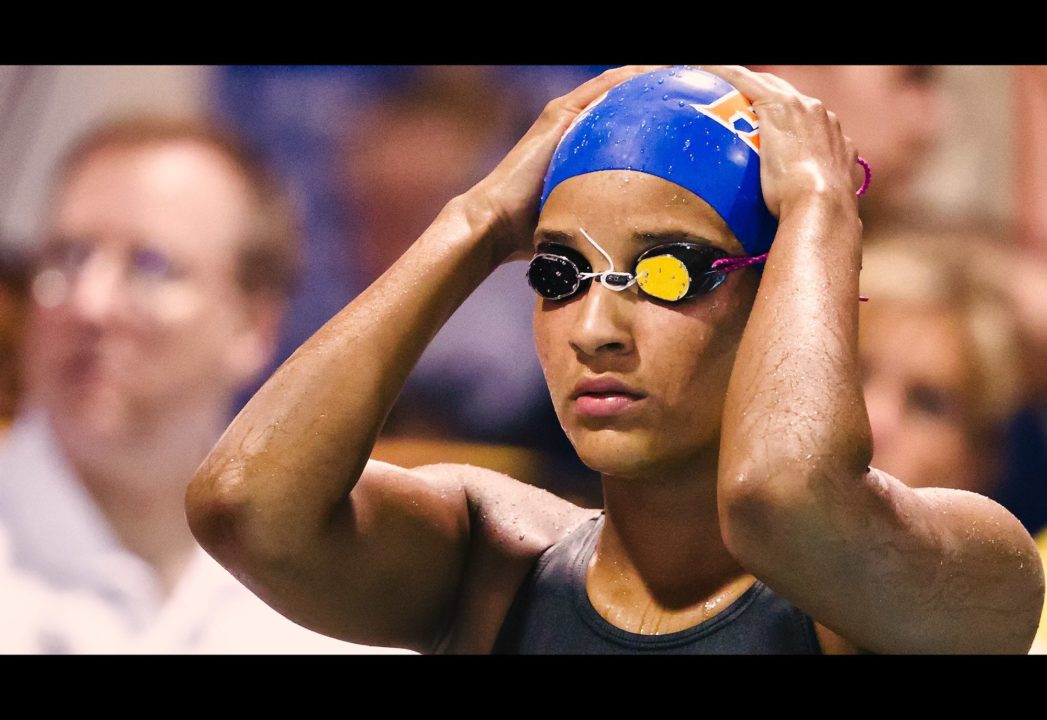 Veracruz, Mexico, November 19, 2014 – Team Venezuela utterly dominated night five of the Central American and Caribbean (CAC) Games’ swim competition, winning a total of seven medals.  Both their men and women were simply on fire tonight across the board, which resulted in a thrilling night of racing.

On the women’s side, a very familiar name thus far these games, Andreina Pinto (Venezuela), added yet another gold to her CAC Games collection, winning tonight’s 200m IM in a time of 2:18.31.  Pinto’s win came in the form of her a charging down the pool her last 50m, madly out-splitting the competitor who actually had the lead for most of the race, Mexico’s Maria Fernanda Gonzalez (Pinto’s final 50m was 31.79 to Gonzalez’s 35.22). Puerto Rico’s Barbara Caraballo snagged the bronze in 2:20.88.

Pulling a tough double tonight, Pinto went on to win the women’s 800m freestyle in a new CAC record time of 8:39.49, in a race that also came down to the wire.  The Bahamas’ Joanna Evans hung with Pinto through the 750m turn and down the stretch, only to get out-touched at the wall to earn the silver (8:39.61).  Natalia Jaspeado from Mexico cleared the bronze with her time of 8:41.38.  Pinto now has an amazing five gold medals from these 2014 CAC Games – 200m freestyle, 400m freestyle, 200m IM, 400m IM, 800m freestyle – and has a chance to make it six with her last event, the 200m butterfly, set to take place tomorrow.

The women’s 50m breaststroke added to the racing excitement as well, with Mexico snapping the streak of Venezuelan golds on the night to that point.  Byanca Rodriguez topped the field in a winning time of 32.52, with Venezuela’s Mercedes Toledo bringing home silver in 32.69, and Puerto Rico’s Patricia Casellas the bronze in 32.96.

Mexico also put the hammer down in the women’s 4 x 100m freestyle relay, taking down the previous Venezuelan CAC Games record in the process.  The women of Mexico put up a speedy 3:47.89 tonight to win the gold and better the 3:49.69 time the Venezuelans clocked back at the games in 2010.

First up for the men was the 400m IM event, rescheduled from Tuesday’s canceled finals. Carlos Claverie (Venezuela), swam a solid race from start to finish to earn the gold in a time of 4:24.61.  As these games’ 100m breaststroke gold medalist, Claverie certainly capitalized on this strength with swift breast splits of 34.71 and 35.70 to make up ground and move ahead of the to-be silver medalist, Christian Bayo from Puerto Rico (4:27.32).  Claveries’ countryman, Juan Sequera, rounded out the podium earning the bronze in 4:28.45.

In the second men’s event, the 200m freestyle, Cristian Quintero continued the Venezuelan pounding by dominating the field in his new CAC Games record time of 1:49.08.  This cleared the previous record held by Grand Cayman’s Shaune Fraser – 1:49.74 – set in 2010.  Venezuela also took the silver in tonight’s race, with Daniel Tirabassi touching in 1:50.93, ahead of Mexico’s Long Yuan Gutierrez, who earned the bronze in 1:51.28.

The men’s 50m backstroke served as the night’s splash-and-dash, with the field furiously spinning to the wall virtually all together.  The top three finishers each cleared the previous games record held by Omar Pinzon (25.96 from 2010), with Venezuelan Albert Subirats touching the wall first in 25.72.  Robinson Molina (also from Venezuela) was next in 25.90, just .01 ahead of bronze-medal-winner, George Bovell (Trinidad & Tobago).

The Venezuelan men took their individual event medal haul to four, with Albert Subirats once again grabbing the top spot, this time in the men’s 100m butterfly.  His time of 53.48 looked like it came with a lot of pain, based on his grimacing face at the end, but the effort was enough to finish ahead of Guatemala’s Luis Carlos Martinez (54.00) and Colombia’s Andres Montoya (54.57).

The men’s events concluded with Venezuela topping off the night with a win in the 4 x 100m freestyle relay, earning the gold in 3:23.63.

Tomorrow is the final day of swim competition at the 2014 CAC Games, with swimmers contesting the following events: