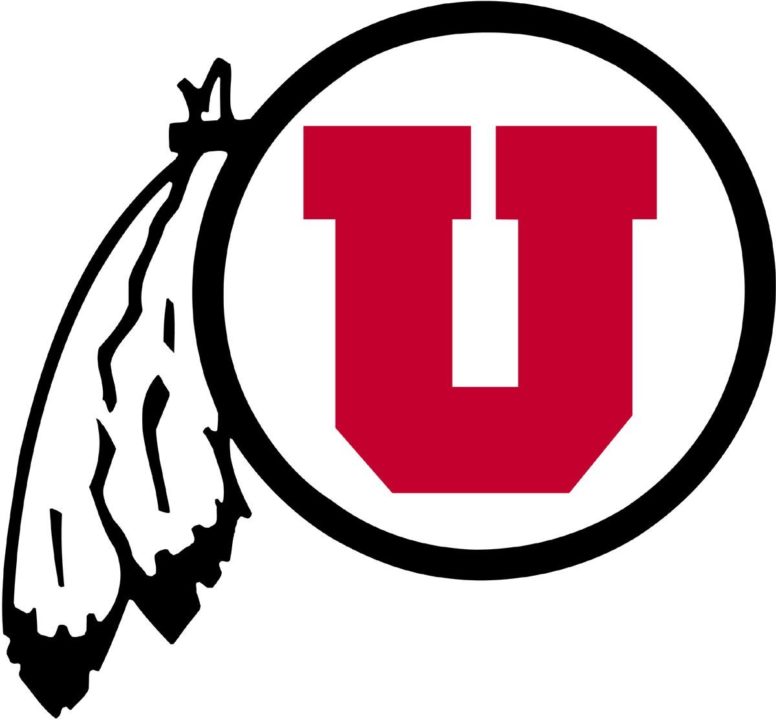 The Men and Women of Utah each earned eight First Place finishes on Day One of the Intermountain Shootout.

GRAND JUNCTION, CO –  This weekend’s Intermountain Shootout was a successful one for both the Utah Men’s and Women’s Swimming and Diving Teams, swimming against Air Force, BYU, Metro State, and Mesa State.  Each Utah squad set a dominant tone from the first event, earning eight first place finishes apiece on day one alone, while continuing to build their leads throughout the entire competition.

On the Women’s side, the Utes’ 200y Medley Relay, comprised of Freshman Megan Kawaguchi, Sophomore Stina Colleou, Junior Petra Soininen, and Senior Giuliana Gigliotti started the Shootout right by earning a first place finish with their time of 1:45.24.  The Utah Women’s “B” team, which included Freshman Shayla Archer, Sophomore Brianna Francis, Senior Melissa Paakh, and Senior Madeline Jamora, came in second place with a time of 1:47.27.  The Utes further demonstrated their depth in the 200y Freestyle, sweeping the second through sixth spots in the event, only to be topped by Vanessa Moffat of BYU who clocked the fastest of the field in a 1:54.62.  The Utes continued to earn multiple points per event, distancing themselves from the competition on the overall team front early on.  Isabella Kearns and Kylie Boyce went 1-2 in the 400 Individual Medley in times of 4:33.19 and 4:34.64, respectively, while the Utes also swept the 100y Breaststroke top three spots; Norwegian Stina Colleou earned first place, clocking a time of 1:04.07 – not far off of the pool record of 1:04.75 set by Jaclyn Branning in 2013.

To start off day two of the Intermountain Shootout, the Utah Women’s 200y Free Relay, comprised of Freshman Dorien Butter, Senior Madeline Jamora, Sophomore Rhianna Williams, and Senior Giuliana Gigliotti earned a first place finish with their time of 1:35.92.  Later, this same grouping would go on to win the 400y Free Relay in a time of 3:29.92, followed by the Utah “B” team in 3:35.12.  Gigliotti, competing for Utah out of Brazil, would score additional points on the second day of competition by winning the 100y Freestyle in a time of 52.30.  Butter would go on and earn a 3rd place finish in the 50 Breast in 30.99, behind teammates Stina Colleou, who clocked the winning time of 30.41 and Jenna Marsh (Freshman) who earned second with a time of 30.84.  Freshman Maddie Meisel (5:09.58) and Sophomore Selin Ozturk (5:12.30) went 1-2 in the Women’s 500y Freestyle, while Sophomore Brianna Francis came out on top in the 200y IM with a time of 2:08.30.  Francis also earned a second place finish in the 200y Breaststroke event clocking 2:22.11, finishing well behind Colleou’s swift winning time of 2:16.41.  Senior Amanda Barrett took home first in the 200y Backstroke event in a time of 2:02.18, followed by Freshman teammate Hailey Pabst (2:04.13).  Butterflier Petra Soininen (Junior) went number one in both the 200y Fly (winning time of 2:04.94) and the 100y Fly (winning time of 56.67) to further push the Utah Women to the top of the scoreboard where they stayed the remainder of the meet.

The Utah men also exhibited dominance throughout the two-day meet, starting with a first place finish in the 200y Medley Relay event.  The Utes’ relay team of Freshman Brandon Deckard, Freshman Jack Burton, Senior Alex Fernandes, and Senior Nick Soedel, kicked things off with a winning time of 1:30.32, followed closely by BYU’s time of 1:30.95.  Deckard would earn further points with an individual victory in the 400y IM event in a time of 3:58.99, while the Brazilian, Fernandes, would earn the 50y Butterfly victory for the Utes in 22.21.  Soedel won the Men’s 50y Freestyle splash n’ dash event in 19.94 (his best time is listed at 19.36), where Fernandes again contributed to the team score with his second place time of 20.82.  Bence Kiraly, a Junior from Hungary, earned first place for the Utes in the 200y Freestyle in a winning time of 1:40.20 and would later come in first in the much longer 1650 distance in a time of 15:50.05 over teammate Jay Bolinger’s (Freshman) time of 16:04.48.  One event in which the men of Utah did NOT score within the top three on the first day of competition was the 100y Backstroke.  Junior Jake Taylor from BYU took the first place spot time in a 48.94, well ahead of BYU Sophomore Rainer Ng (50.12) and Air Force Sophomore Devon Davis (50.89).

Just as with the Utah Women’s team, the men started day two with an immediate victory in the 200y Free Relay.  The four men, Nick Soedel, Sean Bloore (Freshman), Alex Brown (Senior), and Alex Fernandes clocked a time of 1:21.83, well ahead of the second place BYU team’s time of 1:24.28.  Following along with the winning theme, Freshman Ute, Chris Taber, took home the 200y Butterfly event in a time of 1:50.67.  The native Californian’s top time was followed by three more teammates, including Sophomore Luis Macias in second with a time of 1:51.33.  In the 100y Butterfly distance, Utah swept the top three spots, led by Alex Fernandes in a top time of 49.86 (the only competitor under the 50-second mark), followed by teammates Dave Fraser and Bence Kiraly.  Michael Barnosky, Junior, of Air Force earned the top 50y Breaststroke spot in a time of 25.78 over Utah Freshman Jack Burton’s second place time of 26.20.  Burton also came in second in the 200y distance of this stroke in a time of 2:04.82, which was topped by Freshman teammate Ganem Tebet’s 2:04.71 first place time.

The Utah Women next visit Boise State at Boise on October 8th, followed by a dual meet with Arizona and UNLV in Las Vegas, NV on November 1st.  The Utah Men will also compete at the dual meet in Las Vegas.

Soedel also only swam 3 individuals, one was his 100 back and he went 55.2 (kind of pathetic). He, like most others swimming for Utah didn’t swim a heavy line-up which can explain the fast times for the early meet.

Yes but a 19.7 and 43.4 unshaven and tapered, in October is pretty impressive. Andrew Kosic swam as much as Soedel did despite having 2 meets back to back and didn’t go really close to as fast as Soedel. Still amazed by what Kosic did at Penn State and USNA. This year is what I believe to be the year in NCAA swimming with the most sub 19 50 freestylers ever.

And Jake Taylor is a Junior, not a freshman