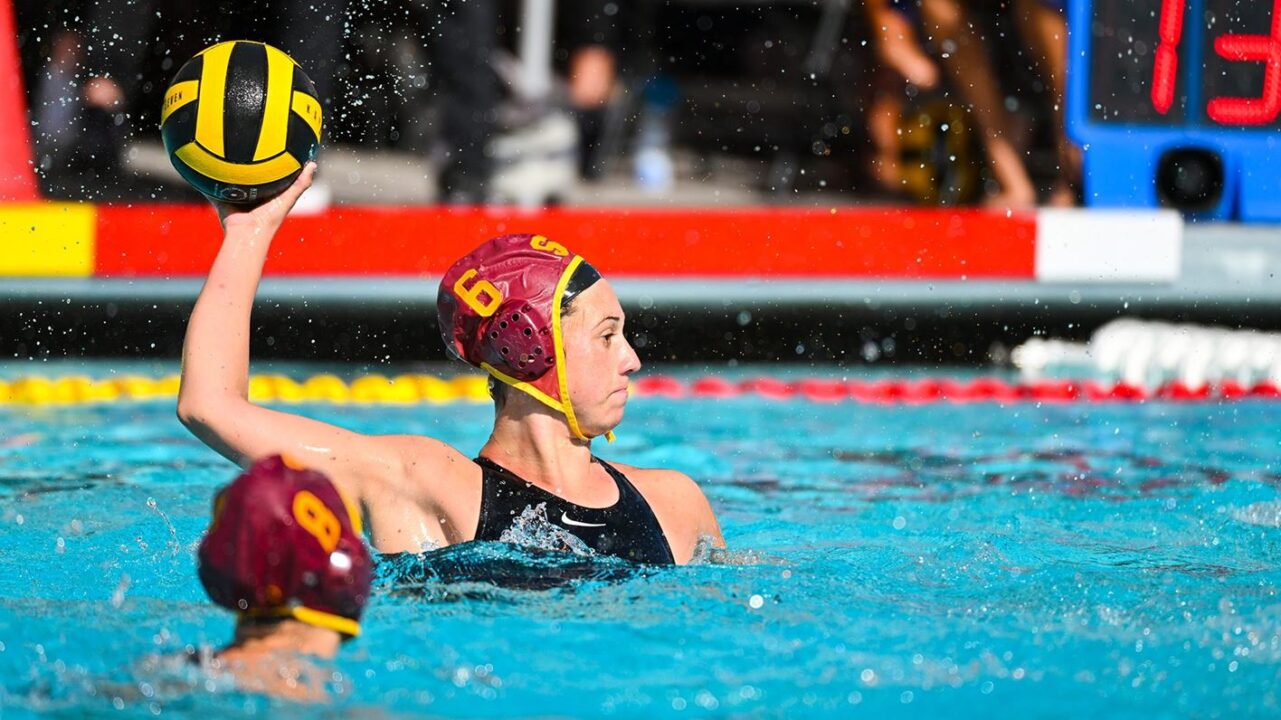 Weber picks up her second selection this season as the Trojans set up to host rival UCLA this weekend at Marks Stadium. Archive photo via Jenny Chuang

USC senior Bayley Weber has hauled in her second round of MPSF Player of the Week honors this season — and the second straight selection by a Trojan — after her well-rounded performance in USC’s win at Arizona State last weekend.

In a balanced effort in an MPSF road win, Weber recorded her 16th multi-goal game of the year with two goals along with three field blocks, two steals and an assist as USC beat the host Sun Devils 15-11. Weber, who has scored in all but one game this season for 16-2 Trojans, now ranks No. 18 all-time in career scoring at USC with 137 goals.

Weber and the top-ranked Trojans are looking toward their final regular-season game the year, bringing crosstown rival UCLA to USC’s Uytengsu Aquatics Center for a 1 p.m. clash on Saturday (April 16). The game will be preceded by a Senior Day ceremony to honor USC’s three outgoing Trojans — Sabrina Garabet, Sophia Lucas and Erin Tharp.