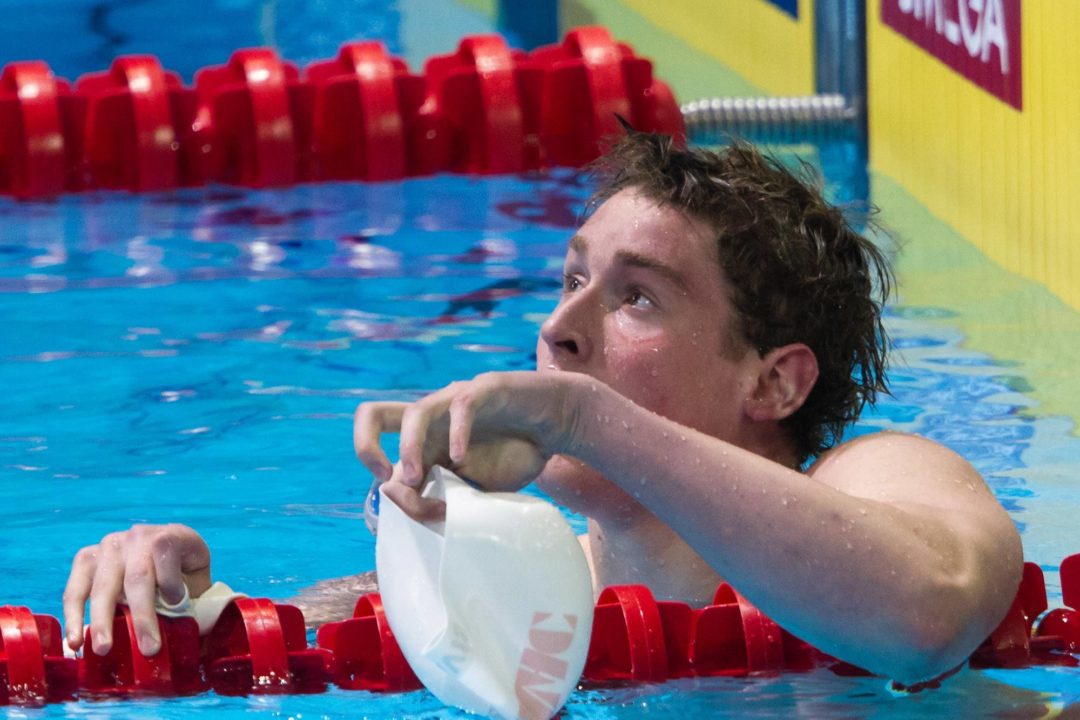 Maclin Davis was a two-time All-American at USC as a freshman. (Photo: Tim Binning/TheSwimPictures.com)

USC sophomore Maclin Davis is the National Public High School Record holder in the 100 yard fly and was a two-time first team All-American as a freshman last season. He is also the singer, lyrics-writer, and keyboard player for his band ‘Why’s Blood.’

He’s an east coast boy who’s moved out to California to pursue his swimming dreams.

So, maybe rather than comparisons to Michael Phelps, perhaps he should be called the next ‘Eugene Godsoe’ (also a butterflier, also from Appalachia, and also a very talented musician).

Davis’ band ‘Why’s Blood,’ along with mates Blair Griffith and Huntre Woolwine, is an offshoot of a previous project known as ‘the Moderates’ has released an alternative, experimental self-titled album. As compared to previous albums by the group, ‘Why’s Blood’ is a masterfully-produced, mostly instrumental, electronic album.

It’s available for digital download via bandcamp.com for “name your price.” Get your copy here.

Maclin is my hero!!!