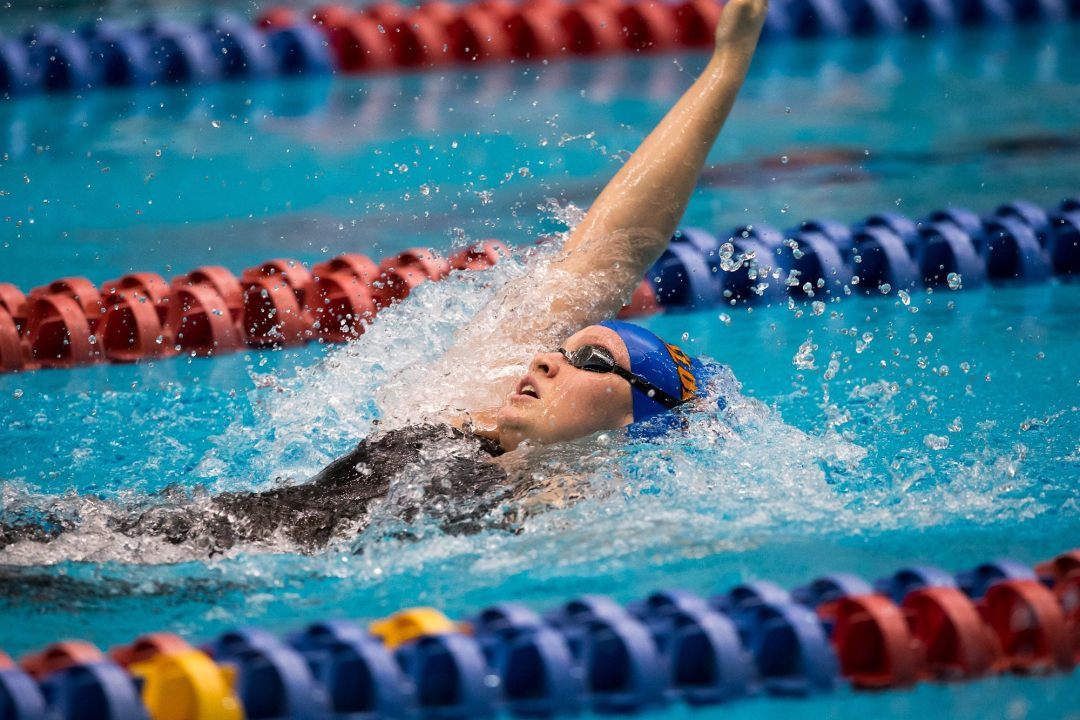 14-time All-American Sinead Russell has been hospitalized in Florida with a life-threatening condition. Archive photo via Tim Binning/TheSwimPictures.com

SwimSwam wishes Ms. Russell all of the best, and are cheering for a speedy return to the pool.

University of Florida star Sinead Russell has been hospitalized with what is being called “Cerebral Venous Thrombosis,” which is the technical name for a blood clot in the brain.

Her father, swim coach Cecil Russell, confirmed the news, and thanked the local Gainesville community and the University of Florida for their support on the issue.

“Gators are really stepping up big in every way a school could,” Russell said. “They are helping huge and (Sinead is getting) great support from the University.”

Mr. Russell did not comment specifically on her status, but did say that “it is serious.”

The University of Florida has not responded to a request for comment, and while swimming is not the priority at the moment, Mr. Russell says that she will be out for “a while,” and that anybody wishing to send a get-well note could send it to:

Sinead Russell was a 2012 Canadian Olympian and the current Canadian National Record holder in the 100m long course backstroke (59.68). She has earned the maximum 14 All-American honors through two years at the school, and last year at the NCAA Championships scored 22 individual points to go with 5 relay swims.

The condition is usually caused by an underlying medical disorder and according to one study, published by the Amaerican Heart Association, 57.1% of discharged patients in a study showed no symptoms approximately 16 months later, while an additional 22% had “minor residual symptoms,” with the outcome generally being better for those patients under the age of 37.

Oh my god! I hope you get better! My thoughts go out to the Russell family and Florida Gators.

Prayers and best wishes for the Russells.