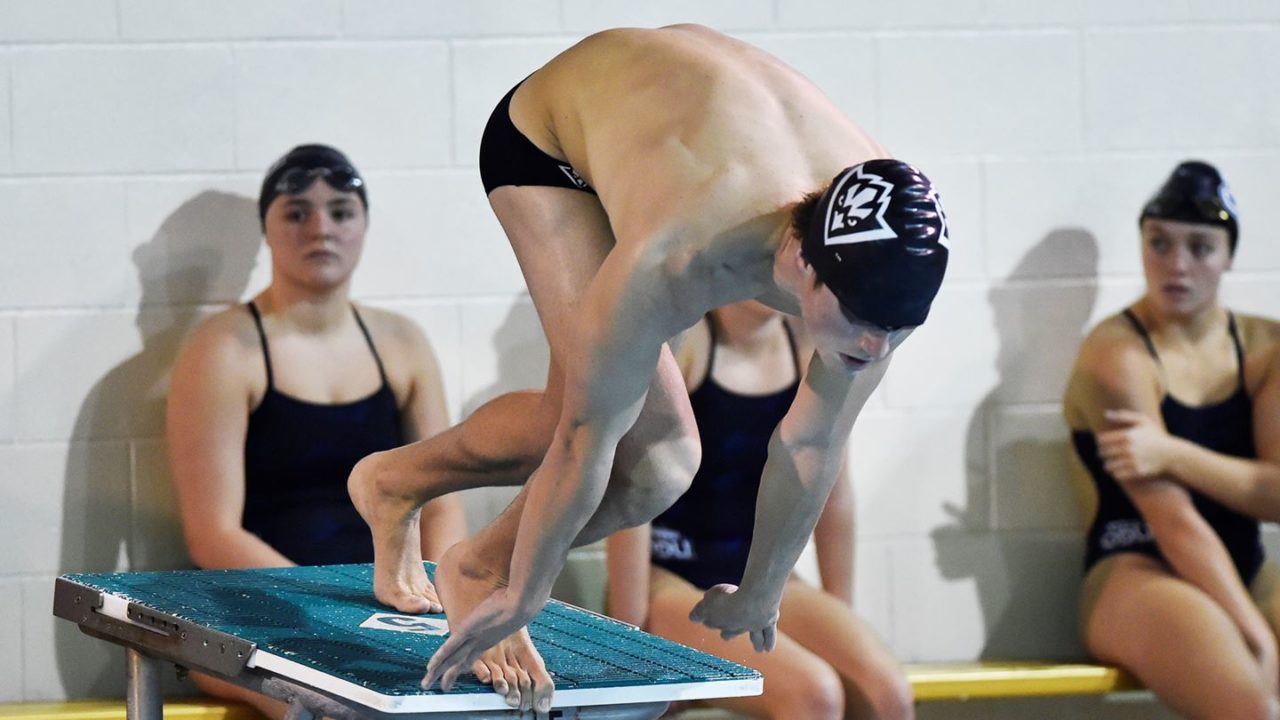 Three men and three women on UNC Wilmington's team won two events. The men improved their season record to 5-4, while the women improved to 4-8. Archive photo via Joe Browning, UNCWsports.com

WILMINGTON, N.C. – UNCW closed out its dual meet season and celebrated the careers of three seniors with an impressive sweep of visiting Davidson on Saturday in swimming and diving action at the Seahawk Natatorium.

Competing in their final home meets of their career were Megan Robins, Gianmichel D’Alessandro and Brent Hoshall.

Aidan Duffy, Henderson Louviere and Nick Newis each won two events for the Seahawk men, who claimed 12 first-place finishes on the meet.

Newis, a newcomer to the program, swept the boards on Friday in diving. He scored and impressive 312.60 points on the 3-meter board and recorded 297.83 on the 1-meter. In just two meets under his belt at the collegiate level, Newis has already qualified for the NCAA Zone B Regionals on both boards.

Brooke Knisely gave UNCW a pair of wins in the distance events, winning both the 500 and 1000 Freestyles.

Katie Knorr competed in three events and medaled in each. She won the 200 Backstroke, took second in the 200 IM and was third in the 100 Backstroke.

Trinity McNall won the women’s 3-meter board with a Zone qualifying score of 306.45 points. She will compete in both boards at the NCAA Zone B Regionals.

Stanley, the reigning Atlantic 10 Performer of the Week, and Francis paced the Wildcat women, who fell 177-123 in the team scores. UNCW earned a 218-79 win in the men’s meet.

Divers competed Friday in Davidson’s Cannon Pool, with the majority of the meet held at UNCW Saturday.

Up Next
The Atlantic 10 Championships are set for Feb. 16-19 at the SPIRE Institute in Geneva, Ohio.