UNC Looking To Bounce back After Three Straight Losses (Video) 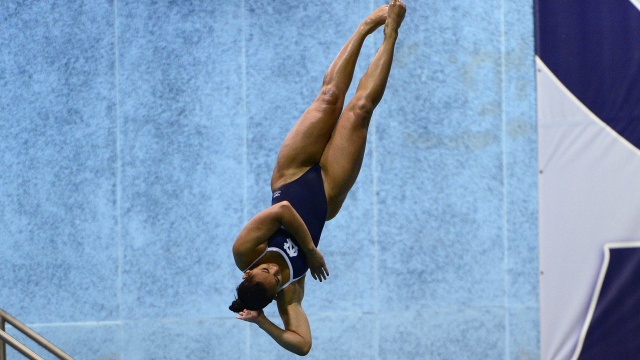 The UNC men and women’s swimming and diving team have not been having the season they hoped for, dropping three...

The UNC men and women’s swimming and diving team have not been having the season they hoped for, dropping three double dual meets.

In the spotlight for the Tarheels is diver Elissa Dawson, who was named as the ACC Women’s Diver of the Week, after her performance against Louisville. Dawson placed first in the three-meter dive (374.64) and second in the one-meter (295.43). Both of those scores met NCAA Zone A qualifying marks. This marks the third time Dawson has been awarded the ACC Women’s Diver of the Week award.

The Tarheels are looking to snap their loosing streak at the NCSU/GAC Invitational in Greensboro, North Carolina which starts November 17 ending on November 19.