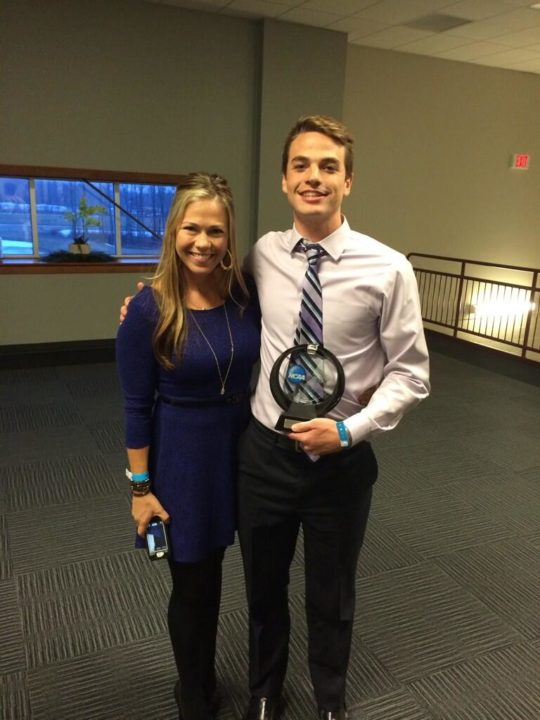 This award is purely a statistically-based award. The NCAA awards it for each of its 89 championships to the (sophomore or older) student-athlete who has qualified to participate at the final championship site and has the highest GPA. That makes it fairly unique among most national academic awards for student-athletes that have some subjective component.

He won the award on the basis of his 3.947 GPA as a senior majoring in mechanical engineering, and is the 4th UCSD athlete in the 5-year history of the Elite 89 program to win the honor.

At the other end of the spectrum is Queens women’s swimmer Kristin Diemer: the first student-athlete in Queens history to earn this award. Diemer is a finance major.

Congratulations to the awardees. Very impressive! Especially a 3.9+ GPA in mechanical engineering and making nationals too. That takes a lot of time, effort, and dedication!

Although it was not noted in this article, according to a later video interview of her coach on SwimSwam, Ms. Diemer had a 4.0 GPA in finance. That is especially impressive too!