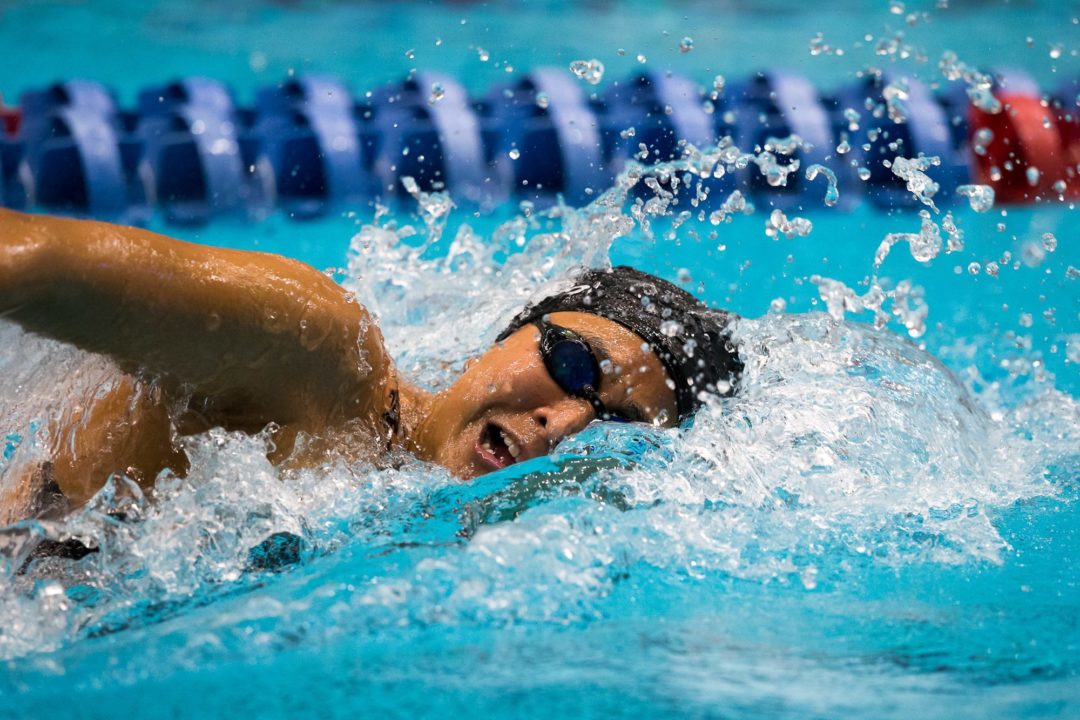 UCLA swam to their second straight dual meet win of the 2014 season against Washington State at the Cougars home pool Friday afternoon.  The Bruins took control and never looked back, winning 10 of Friday’s 11 events and claiming three new pool records in the process.

The 400 medley relay team of Madison White, Jessica Khojasteh, Noelle Tarazona, and Ting Quah got things started for the Bruins with a win as well as a new pool record, finishing in a time of 3:46.85.  Fresh off the new record, it was then Lauren Baker’s turn to claim her own.  Baker, the only swimmer to break 10:00.00 in the 1000 (9:56.02), broke the old pool record by four seconds.  UCLA finished the meet on a high note by grabbing their third pool record of the day.  Again in relay fashion, the 200 free team of Linnea Mack, Quah, Kathryn Murphy, and Monica Dornick was able to secure a victory and the record by finishing in a time of 1:33.75.

Washington State saved themselves from being swept in all 11 races thanks to Ali Mand’s lone win in the 50 freestyle.  Mand just out touched Kathryn Murphy of UCLA to secure the victory in a time of24.25.

Action from this two day dual meet continues tomorrow at Gibbs Pool with the session beginning at 11 AM.