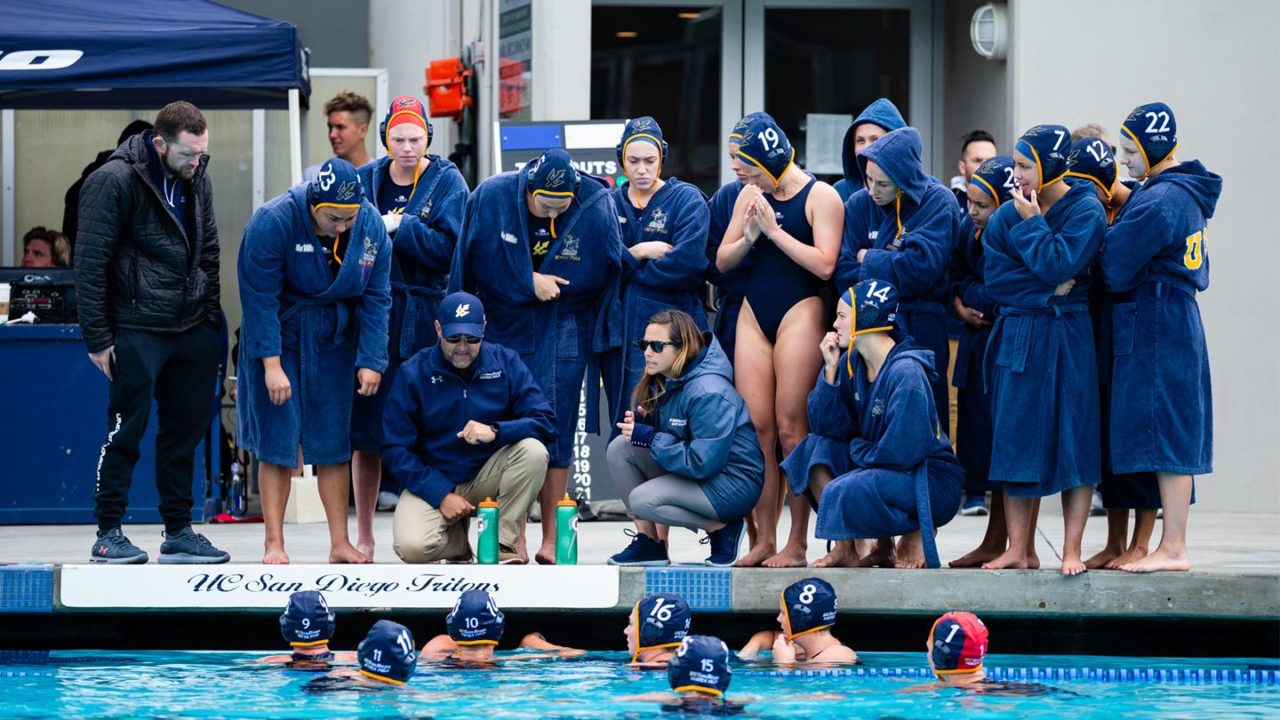 The Tritons, who enter as the two seed, will face the number three seed UC Irvine in their first matchup. Archive photo via Derrick Tuskan/UC San Diego Athletics

Recent graduates Claire Sonne, Georgia Gilmore and Brigit Mulder each earned the honor for the third time in their career.

USC, which defeated Marist, Arizona State and host UCLA over the weekend to capture the NCAA Championship, concludes the year as the top team in the nation.

LA JOLLA, Calif. – The No. 9 UC San Diego water polo team play in the Big West tournament for the first time in program history. The tournament will be hosted by UC San Diego and will be held at Caynonview Aquatic Center. The Tritons, who enter as the two seed, will face the number three seed UC Irvine.

COVID ATTENDANCE POLICY
No spectators will be granted entrance to Canyonview Aquatic Center. There will be no player guest tickets provided as well.

The winner of the Big West Tournament will earn an automatic bid to the NCAA Championship that will take place from May 14-16.

LAST TIME OUT
The Tritons dropped both games to UC Irvine last weekend. Despite a strong effort in the fourth quarter of their conference match-up with the Anteaters, the Tritons were not able to come back from the deficit.