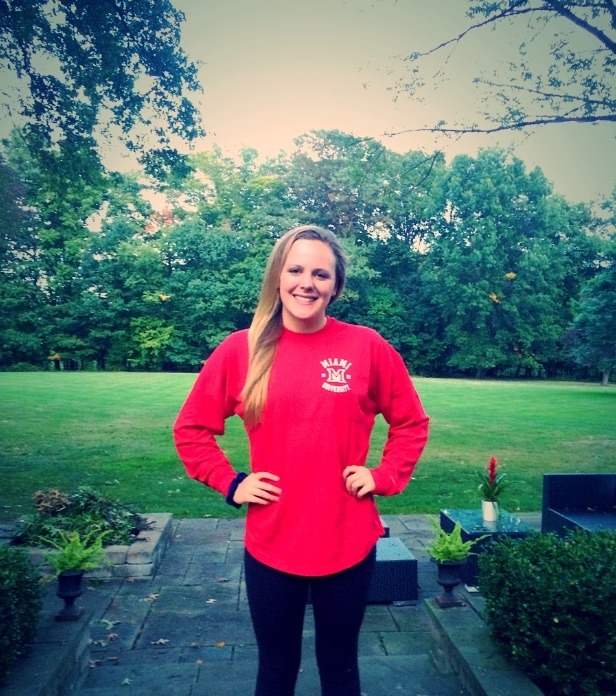 Claire Doerr will have an immediate impact on the fortunes of the Miami RedHawks.

Claire Doerr, the two-time defending Ohio state champion in the 500 free, has verbally committed to attend and swim at Miami University in Oxford, Ohio.

“I chose Miami because I think it is the best place for me to grow not only as a swimmer and a student, but also as a person,” she said. “I fell in love with the team and coaches and I cannot wait to be a RedHawk.”

Doerr is a legacy with Miami athletics – her mom Cindy ran cross country and Track for the RedHawks – and although through a different medium, Claire has inherited those endurance genes.

Her efforts have been a part of three-straight Ohio Division II (small school) championships for Hawken High School. In fact, the program has won 17-straight Ohio State Championships in girls swimming, which is a state record, and ranks behind just Carmel (29-straight in Indiana) and Bolles (24-straight in Florida) nationally among active streaks.

Doerr’s high school career got off to a bit of a slow start – at the beginning of the high school season during her freshman year, she had appendicitis that kept her out of the water for a few weeks. She ended that season going 5:10 in her 500 free: a respectable time for a freshman, but just a hint of what was to come.

During her sophomore year, she dropped 18 seconds in the event to go 4:52.14, and by the end of her junior season she was another two seconds better.

“I enjoyed overcoming those mental and physical challenges and worked hard to get in shape and help my team,” Doerr said of the experience.

She says that her long-term goals are to qualify for the Olympic Trials and NCAA Championships, but that above all she hopes to “help the team win in any way (she) can.”

Doerr is a huge addition for the RedHawks, both when described in terms of raw speed and talent as well as her potential waterfall effect.

In terms of times, she’s already about two-seconds away from the Miami records in the 200 free, 500 free, and 200 backstroke. Her best times in those three events would’ve scored her in the neighborhood of 40 points at last year’s MAC Conference Championship meet. Those individual points alone would’ve added roughly 10% to the team’s total (they placed 5th out of 8 teams at that meet). In a very competitive conference without a clearly dominant team, a swimmer of her caliber can result in huge swings in the team standings.

On a more subtle level, however, the program will now have one of the state’s top recruits in the class of 2016. In general, the state’s top female swimmers don’t frequently stay in-state, but even more broadly, less than half of Miami’s roster lists Ohio as their home town in the 2015-2016 season. If Doerr’s decision encourages other top in-state swimmers to start considering the RedHawks, their fortunes could rapidly.