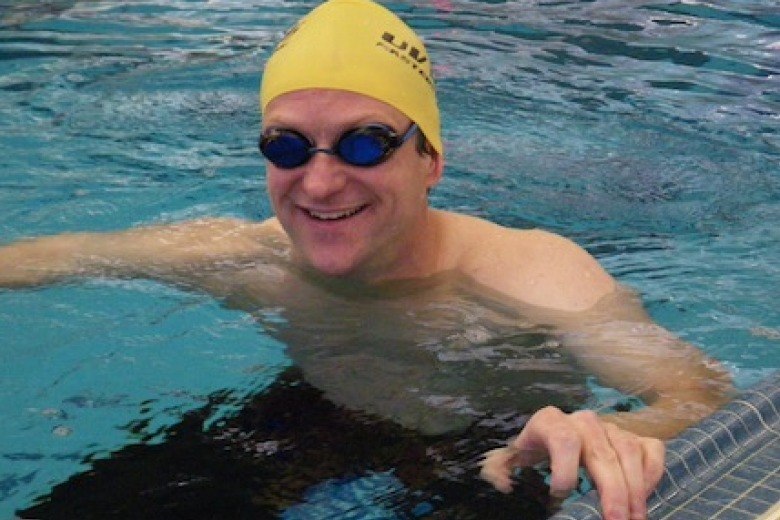 This release is courtesy of Barbara Hummel / GoSwim:

Bedford, who turned 50 in September, swam a 59.91 in the 100-meter (short-course-meters) backstroke, breaking the world record by one one-hundredth of a second and becoming only the second swimmer over age 50 to break the magic one-minute barrier in this event.

Roughly 90 minutes later, Bedford clocked 27.39 for the 50-meter backstroke to eclipse the existing world mark of 27.66.  Bedford was unchallenged in his record-breaking swims, which took place at a half-day mini meet hosted by his masters team, the UVRays (part of New England Masters).  Bedford followed up his backstroke swims with a 26.54 in the 50-meter butterfly (an event where he was world recorder holder in the 45-49 age group), moving him to Top 5 in the world in that event in the 50-54 age group.  He finished the meet with a 28.23 50-meter backstroke as lead-off swimmer on his team’s 200 Medley Relay.

We are a group of swimmers who swim really fast, and like to help others learn how to reach their competitive potential in the area of professional swimming.

Congratulations, Barbara! Successful both as a coach and a swimmer!!!