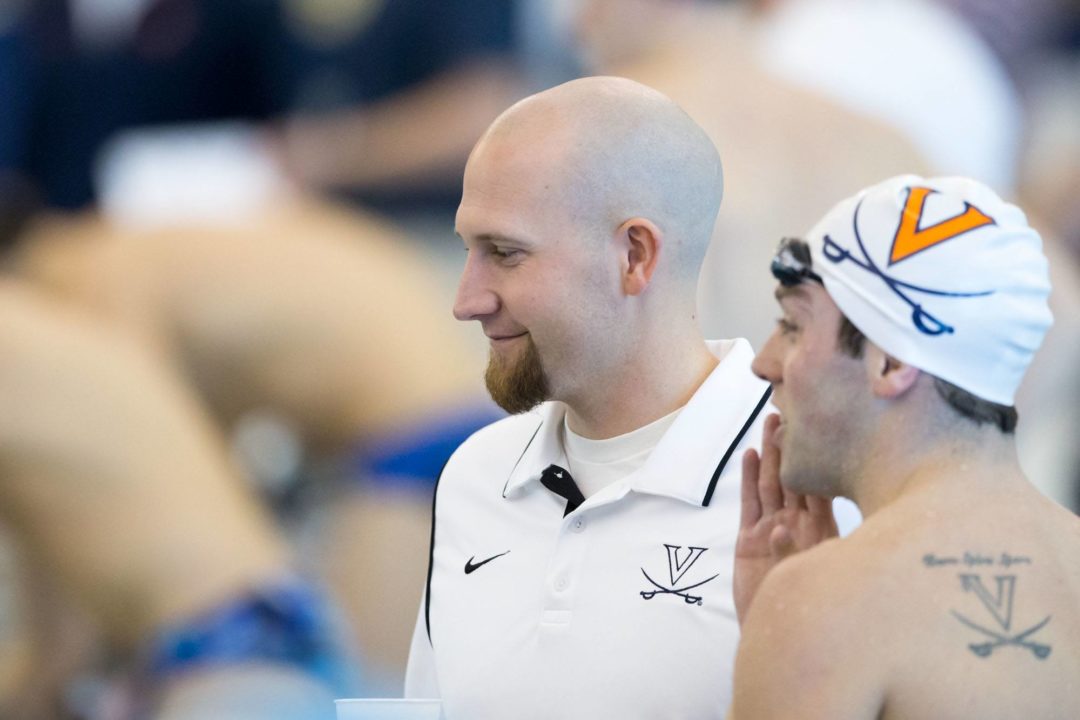 Shrum was appointed as acting head coach in November after former diving coach Maureen Mead was charged with three years of probation and banned by USA Swimming for leaving a cell phone recording in the women’s locker room. Her husband, former head coach Pat Mead, resigned in December.

Since Shrum took over both the men’s and women’s teams finished 3rd at the CAA Swimming & Diving Championships and set 12 new school records throughout the season.

Prior to joining the Tigers staff in May of 2015, Shrum served as a volunteer assistant at the University of Virginia and was head coach at Albermarle High School in Virginia.

Read the full report from the Towson Tigers website here.

Big congratulations to Coach Shrum. He is a great coach and he will be a true asset to Towson. Best of luck!