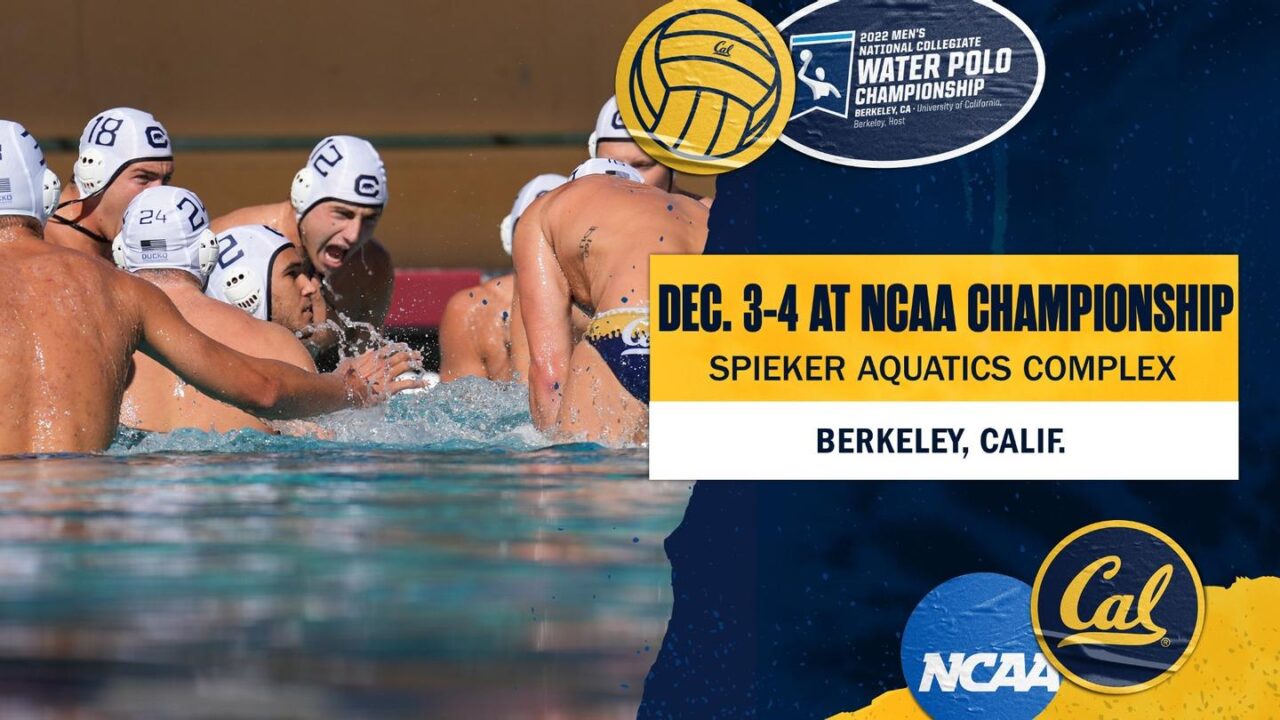 Cal has the most NCAA championships in history with 15, the most recent title coming last season at UCLA. The Bears have made 32 NCAA appearances overall. Current photo via Catharyn Hayne/klcfotos

BEARS AND THE NCAA CHAMPIONSHIP

The Bears won the MPSF regular season championship for the third season in a row, going 3-0 in conference play for the second consecutive season. Cal opened MPSF play with a 14-10 win over USC before outlasting UCLA 10-9 in overtime and then defeating Stanford 18-12.

Junior center Nikolaos Papanikolaou became the sixth player in program history to record 200 career goals when he scored against Stanford during the third quarter in the semifinals of the MPSF Championships. Papanikolaou now has 201 goals and needs five more to pass his current head coach, Kirk Everist, for fifth place on Cal’s all-time scoring list.

Cal head coach Kirk Everist registered his 400th career win last season when the Bears defeated San Jose State at the Aggie Shootout. Now in his 21st season leading the Cal program, Everist has a career record of 434-129. He has led the Bears to five NCAA titles, most recently last season. He has been named MPSF Coach of the Year four times, including each of the past three seasons. He’s also been selected as the AWCPC National Coach of the Year on three occassions. Everist was a three-time All-American as a player for Cal and went on to play for Team USA twice in the Summer Olympics.