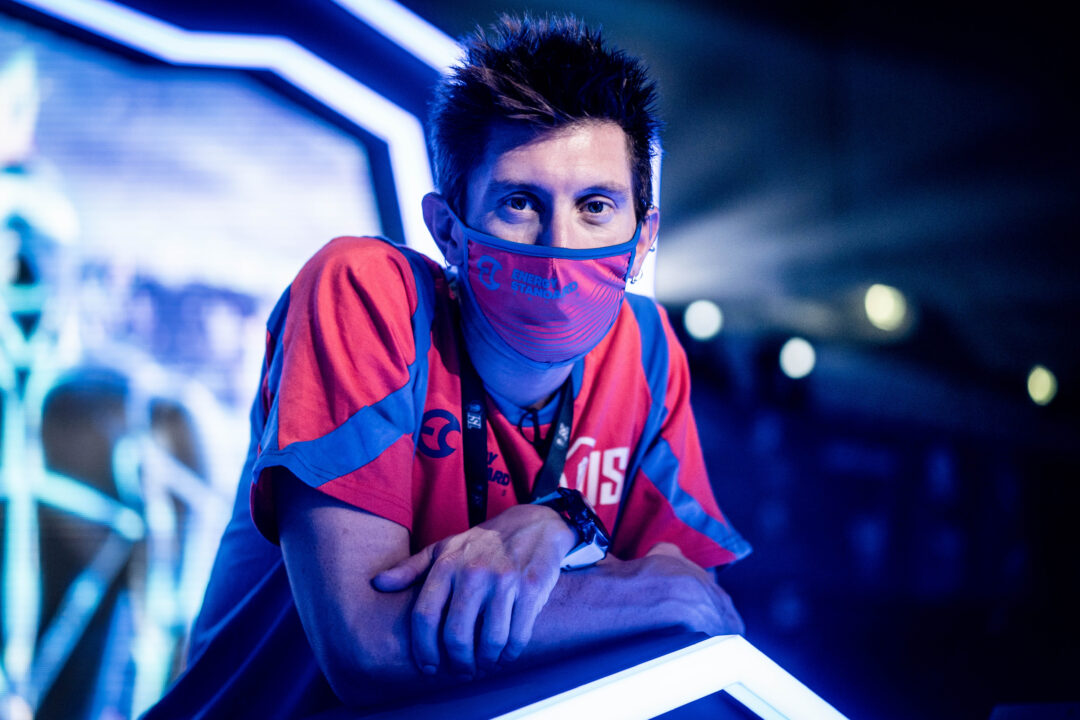 Rushton and Siobhan Haughey will work in Netanya, Israel for a six-week period to run workouts and offer guidance to the federation's coaches. Archive photo via Mine Kasapoglu

One of the top swim coach’s in Europe, Tom Rushton recently arrived in Israel and will work with the country’s top athletes through the end of February.

Rushton, an English-born Canadian, notably worked as one of the primary head coaches for Energy Standard in the International Swimming League (ISL) and is currently the head coach of world champion and Olympic medalist Siobhan Haughey.

Now, after arriving earlier in January, Rushton will be based out of the Wingate Insitute in Netanya where he’ll hold workouts while also acting as an advisor and consultant for the Israeli Swimming Federation and will pass on knowledge to their coaches.

In addition to Haughey, Estonian Olympian (and former Energy Standard member) Kregor Zirk is in attendance in Israel.

“We’re very excited to be here, the swimmers enjoyed their welcome and we’ll be training here together for six weeks,” Rushton said. “We are a year and a half away from the Paris Olympics and our goal is to focus on that. The Israeli swimmers are preparing for the World Championships and the qualifying competitions.”

Upon departing at the end of February, Rushton said his relationship with the Israeli Federation will continue, though it will be a balancing act alongside his work with swimmers from Hong Kong, Estonia and the Czech Republic.

Previously based out of the Gloria Sports Arena in Turkey, Rushton has been working all over for the last two-plus years. After last summer’s championship meets wrapped up, he and Haughey were joined by Gorbenko and Gerchik for a three-week training block in Sierra Nevada, Spain, in September.

After Haughey and Gorbenko raced the FINA World Cup circuit in the fall, the two of them, along with Gerchik and another Israeli Daria Golovaty, convened with Rushton for five weeks in Hong Kong prior to the Short Course World Championships in Melbourne.

Once his six-week stint is over in Israel, Rushton will bring his athletes to Flagstaff, Ariz., in March with an eye on this summer’s World Championships in Fukuoka, Japan.

Haughey will also have the Asian Games to prepare for in late September/early October.

“Towards Fukuoka, everyone has the same goals, we are heading to Flagstaff in March, and then will hit up some good meets in the summer to prep for Worlds,” Rushton said.

“After that, obviously Siobhan will focus on Asian Games while the others take a bit of a break and then get back in for Paris.”

Rushton’s swimmers have found immense success in the pool over the last few years, highlighted by Haughey, who he started working with after she won two Olympic silver medals in Tokyo, becoming Hong Kong’s first-ever swimming medalist. Haughey followed up with an incredibly successful 2021 ISL season with Energy Standard before winning double gold in the women’s 100 and 200 free at the 2021 Short Course World Championships.

Although forced to pull out of the 2022 World Aquatics Championships due to injury, Haughey successfully defended her SC world title in the 200 free last month in Melbourne while also winning silver in the 100 free.

Gorbenko, still just 19, won two gold medals at the 2021 Short Course World Championships in the women’s 50 breast and 100 IM, and is also the reigning two-time European champion in the 200 IM.

Gerchik is still relatively unknown but is a name to watch for in the future. He’s committed to swim at Northwestern University this fall and is coming off of a semi-final appearance in the men’s 200 back at the European Championships last year.

Why and for whom?

What happened to Marsh?

Still officially an advisor to the federation but primarily working with Cal right now.

Who pays these guys? How? How much?

Is James Gibson coaching a team at the moment?

He’s in Turkey with a group – Ben Proud, Georgia Davies and Florent Manaudou are there I believe.

Georgia Davies has been retired since December 2021.

If there are only a couple swimmers, who pays the coach and staff and pool time? Is the Ukrainian billionaire still funding this training group?