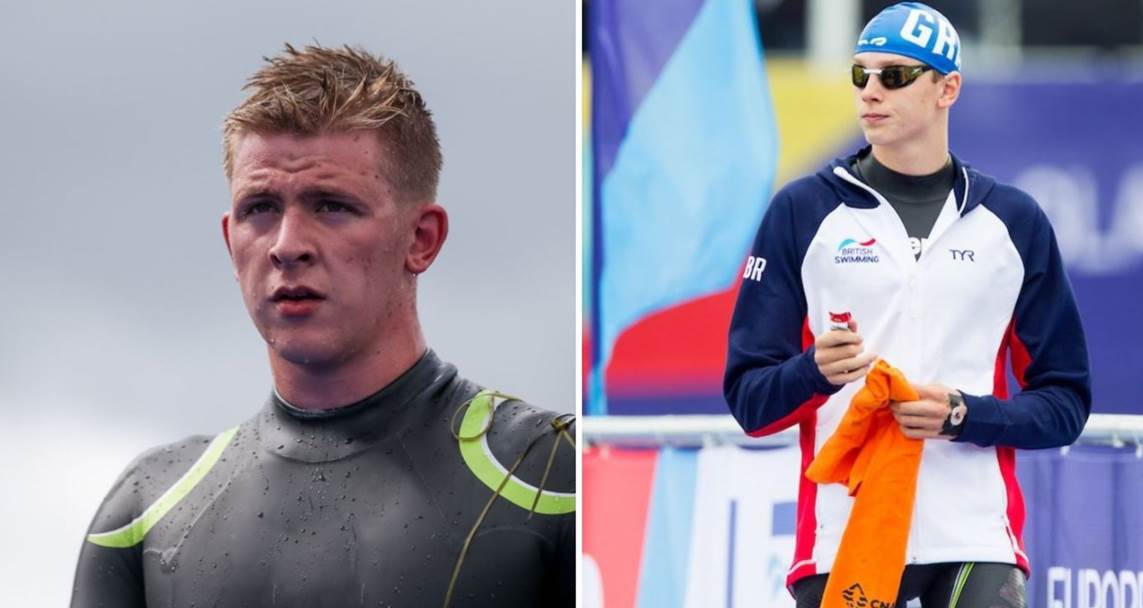 Both athletes will take part in the Men's 10km event, while Pardoe will also race the 25km event the following day. Current photo via British Swimming

Toby Robinson and Hector Pardoe will step up their preparations for next month’s World Aquatics Championships as they continue a run of consecutive weekend competitions at the Spanish Open Water Nationals today and tomorrow (Friday 20th and Saturday 21st May).

Robinson and Pardoe have been selected to represent Britain in the marathon swimming at the upcoming FINA World Championships in Budapest. Both athletes will take part in the Men’s 10km event, which will be raced at the city’s Lupa Beach venue on 29th June, with Pardoe also racing the 25km event the following day.

This will be a third World Championship appearance for Robinson, who made his Worlds debut in Budapest back in 2017, while Pardoe is set for his maiden World Championship outing, 11 months on from his marathon swim at the Olympic Games in Tokyo.

Building up to the benchmark meet for 2022, the marathon swimming pair are on the continent to go through valuable race experience and test themselves against some of the rivals they will meet in Hungary next month.

Last weekend, Toby earned a top-10 placing at the LEN Open Water Cup event in Piombino, Italy, finishing 10th at the end of the 10km race. Hector was only two places and nine seconds back. The Loughborough University duo – who train under coach Andi Manley – are back in competition again this weekend, in the Spanish Open Water Nationals in Girona – an event that will feature Spanish and German competitors pushing for their own World Championship selection, including Olympic champion Florian Wellbrock.

Speaking ahead of Robinson and Pardoe’s latest outing, British Swimming Performance Pathway and Distance Lead for Olympic swimming Kevin Renshaw said: “It is great to confirm Toby and Hector’s selections for the upcoming World Championships, and we are excited to see what they can do on this major international stage in what is always such a tough and competitive event.

“They have both been training well in recent months and competed well in Piombino last week, having last raced in open water back in December before that. This series of races is giving them valuable experience in their final preparations for Budapest. For Toby, once the Spanish Nationals are done, it will be a final, well-managed push into June and then on to Budapest. Hector has a further FINA World Cup race scheduled next weekend, out in Setubal, Portugal.”

Two-time Worlds competitor Robinson added: “I’m hugely looking forward to pulling on that GBR swim cap once again and competing in my third World Championships next month. Training the last few months has been going very well and I’m in the best shape of my career going into this race.

“The preparation races in Piombino and Girona have got me experiencing the thrill of open-water racing again, and I can’t wait to apply the lessons I have learned here to my race at Worlds.”

To watch the races from the Spanish Nationals, click here.

Is this common for open water swimmers to swim the 10k and 25k on back to back days? I can’t imagine that is optimal for performance…