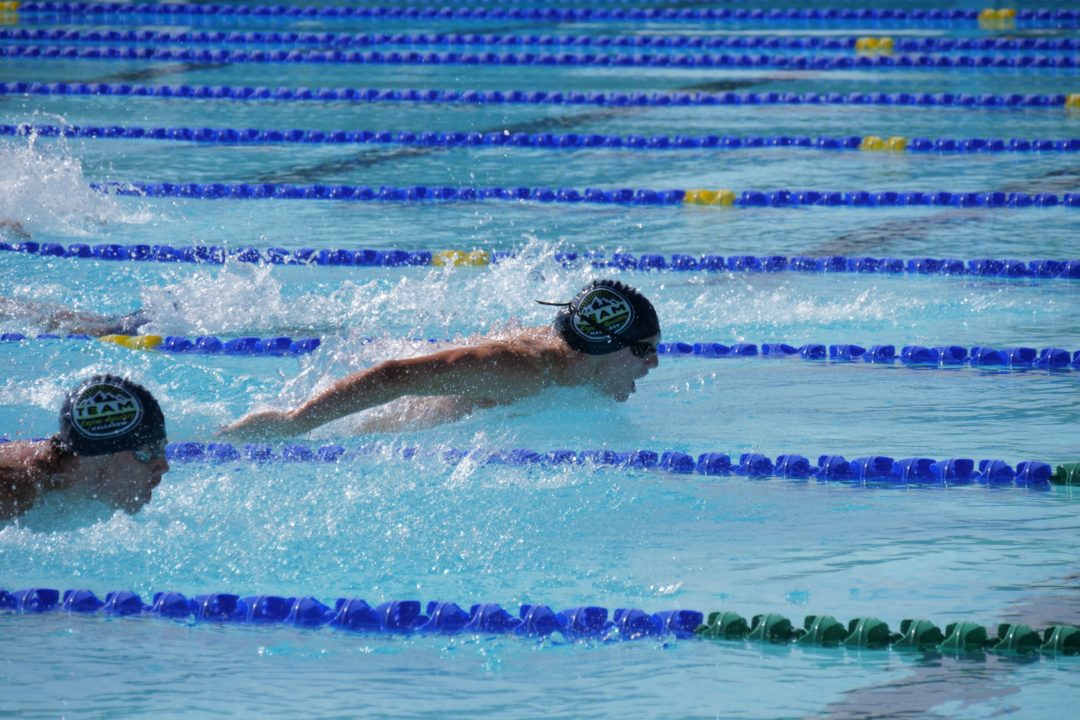 Gulf Swimming Summer FUNvitational, one of the summer’s largest virtual swim meet tournaments in the USA, was a great success, coming to a close last weekend Current photo via Fitter & Faster

Last week one of the summer’s largest virtual swim meet tournaments in the United States came to a completion. It featured 16 swim teams from six different states and hundreds of swimmers in a series of unsanctioned events to get swimmers back to competition in a safe environment! Fitter and Faster was a very proud sponsor of this terrific event – the SwimOutlet Gulf Swimming Summer FUNvitational.

Hundreds of swimmers competed against each other virtually in their own pools tracked by the Swimmingly swim meet timing app. The format featured a series of meets starting with a Round of 16, Quarterfinals, a Final Four and of course a championship showdown!

Congratulations to Team Eugene Aquatics out of Eugene, Oregon, the overall winner!  The Championship meet was a nail biter with Team Eugene edging out Victory Aquatics of California by just FIVE POINTS! The final score was 1103.5 to 1098.5.

“What an amazing experience for our swimmers to get back into racing! We all had a blast cheering and racing and were thrilled to see some fast times. We are so proud of all our swimmers. To go through such a long period of no water, and then come out of it with a Championship like this, speaks to how resilient these kids are. “  -TEAM Eugene Coaches

Below are the results of each bracket.

Fitter and Faster is proud to award $350 Gift Certificates to each of the tournament MVPS:

Additionally, Fitter and Faster is proud to award a $100 Gift Certificate to each of the high point winners:

Congratulations to all the coaches and teams who engaged their teams in this terrific, safe competition and worked with the Gulf Swimming LSC and Swimmingly to make it happen! Kudos for putting together such a terrific tournament. Fitter and Faster looks forward to participating in additional similar tournaments in the future!