Texas Men Get First Verbal of the Season 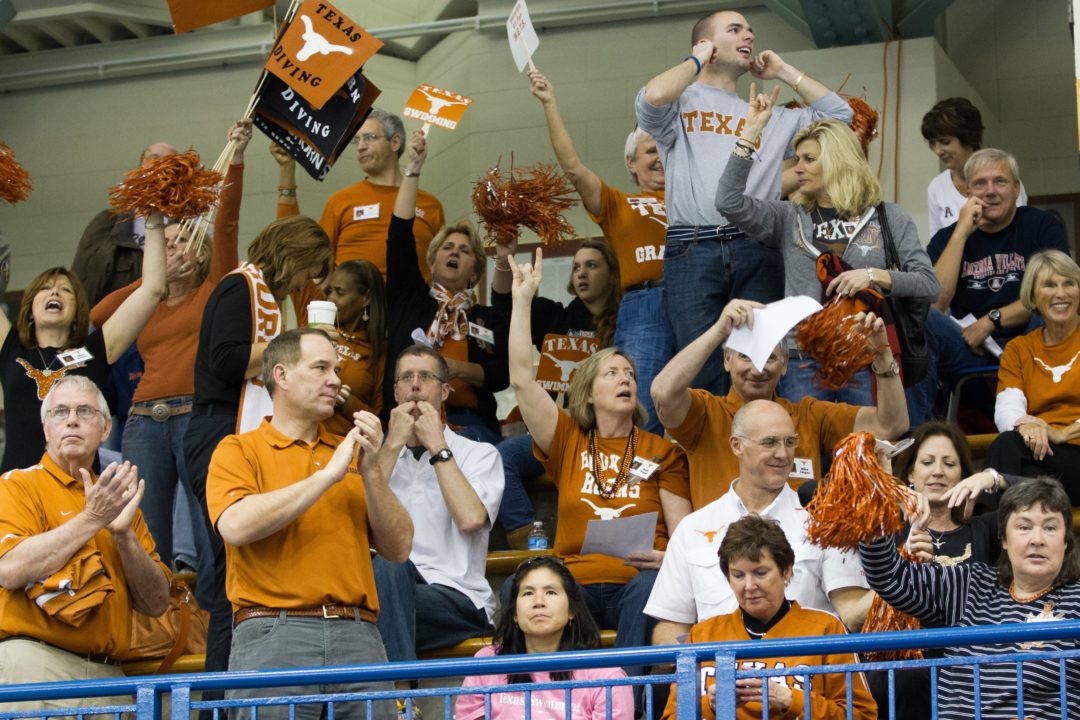 Clark Smith of the Denver Swim Academy and Regis Jesuit followed in the footsteps of his parents as a Texas Longhorn (Photo Courtesy: ©Tim Binning/TheSwimPictures.com)

To see all of the latest news on recruiting, check out the category listing here.

Usually, when top-15 high school swimming recruits are searching for their eventual collegiate training ground, there is nationwide debate, suspense, and excitement.

For newly-minted Texas verbal commit Clark Smith, there was at least the latter of those three, as Eddie Reese has landed his first recruit in the class of 2013.

Smith is the son of two former Texas swimmers – John Smith and the legendary Tori Trees – so most fans anticipated this decision, leaving out the suspense and debate. They will still be excited in Austin to grab a swimmer who fills multiple needs for this team.

Smith, who attends the same Regis Jesuit high school as women’s number-one recruit Missy Franklin, has a mom who was a 1984 Olympian in the 200 backstroke (finishing 19th overall) and a strong Longhorn tradition. He will, however, look to make his own impact on the burnt orange. He is a perfect three-for-three in Colorado State Championships in the 100 fly so far, including last year where he was a 48.73 and led Regis Jesuit to their 17th Colorado State Championship in the last 18 years in 2012.

He has been a full second faster though, in 47.73, which will be huge for a Texas team that graduated their two best 100 butterfliers last year (Jimmy Feigen and Neil Caskey).

He’s reminiscent of another former Coloradoan named Mark Dylla (a four-time 100 fly State Champ himself) in the sense that he’s really outstanding in the 200 fly. There he’s already been a 1:47.3 – and that was at a meet about 5 weeks after his winter rest for Junior Nationals.

Given his focus on relays in big high school meets, though, it would be easy to overlook that Smith brings an extra dimension to the Texas lineup – and another one where they need some depth – in the sprint freestyles. He’s already been a 20.5 in the 50 and a 44.8 in the 100.

This is great news, but did he even take a recruiting trip elsewhere?

He went to Michigan.

Welcome to the Longhorn family Clark.