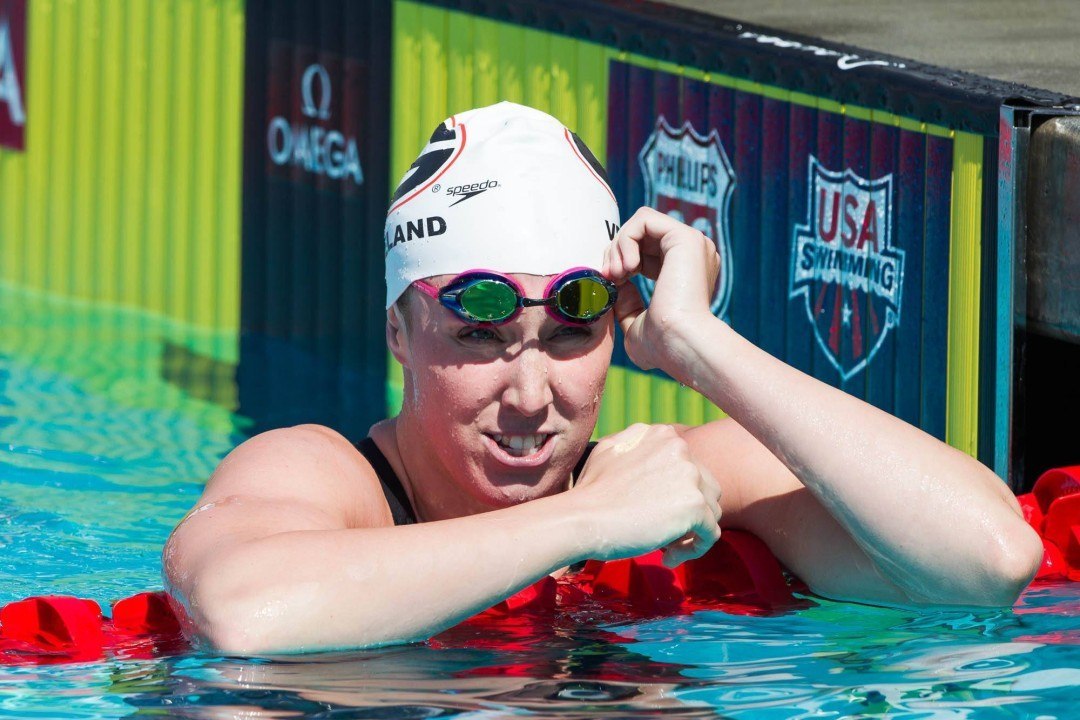 "The goal is to draw as close to the total medal count as is possible with one day remaining in pool competition." - Head Coach Ray Looze Archive photo via Tim Binning/TheSwimPictures.com

“The best U.S. showing ever, came in 2007 when that team won 27 overall medals with 10 gold. The goal in tonight’s final is to surpass the gold total and draw as close to the total medal count as is possible with one day remaining in pool competition.” – Head Coach Ray Looze before Day 6 finals

Shannon Vreeland helped Team USA achieve that goal when she won the women’s 200 freestyle. That was the team’s 11th gold medal and 23rd overall medal. Gold medals from Jacob Pebley in the men’s 200 backstroke and the men’s 4×200 freestyle relay helped push the record even further, moving the gold medal count and record to 13. With one day of competition remaining, the US team has their sights set on breaking the overall record of 27 medals. The team will have several opportunities to get on the podium with eight events remaining.

Below is the swimming medal count after the sixth day of swimming: