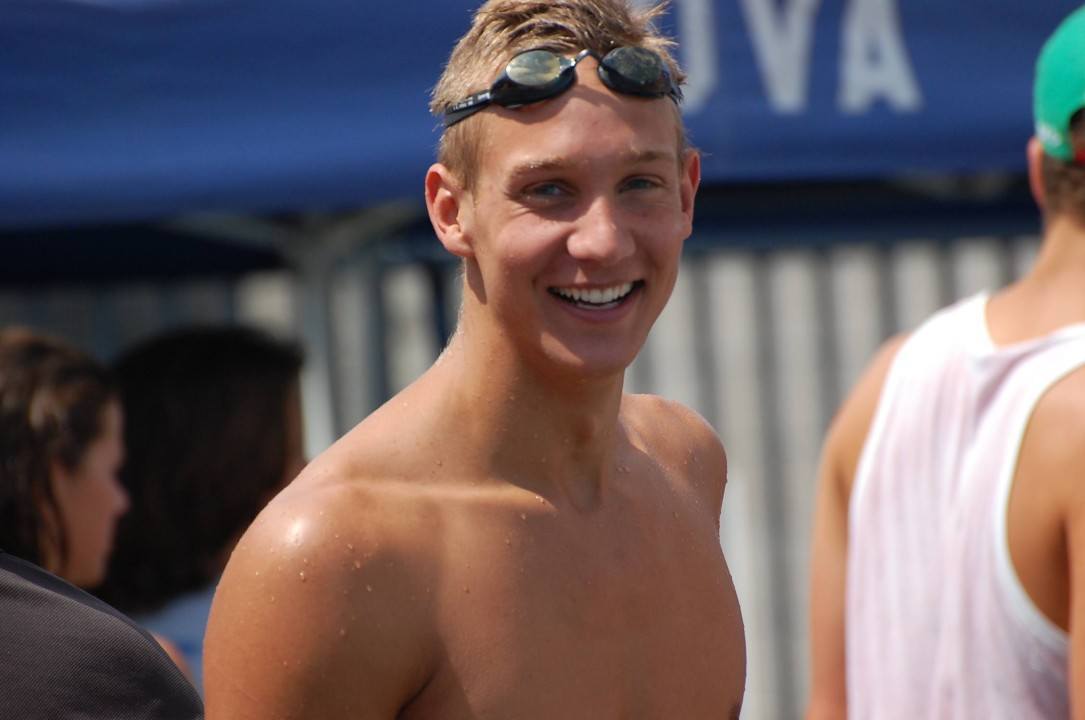 So……an alligator in the pool is kind of unexpected.  Didn’t seem to rattle long-time swimmer Rowdy Gaines, in the least – he went on to get a workout in next to his new little friend.

Although we don’t recommend it, an incident involving a head and a lane line is certainly one way to get out of practice, right, Alex Tschopp?

Not sure why a gopher and a hoosier ended up rooming together in Spain…Going well so far. Haven't brought up B1Gs! @kierras @swimswamnews

Friendly fire was engaged at the Canadian staging camp for Worlds.  Seems like it’s all in good fun…..right??

Speaking of training camps, if you follow any of the United States’ Worlds team on Twitter, you’ve no doubt laid eyes upon their truly rough training environment in Croatia.  I mean, the terrible conditions under which America’s best is forced to prepare for Kazan…..geesh!

Went to check out the open water venue this morning. When I came home to shower, I had a little friend in my suit pic.twitter.com/U9PBbVEfUk

Another wildlife-inspired tweet, this time from Ashley Twichell, who found a little buddy accompanied her home from an open water swim in Kazan this week!

So, there’s ‘strong’, and then there’s Caeleb Dressel distorted-biceps-only-recognizable-by-the-tat-strong.

Yes, this is technically on Instagram, but was tweeted as well.  Michael Phelps walked in the Opening Ceremonies of the 2015 Special Olympics World Games, which kicked off in Los Angeles this past weekend.

We’re always on the look out for “Top Ten Tweet”-worthy pictures and swim-isms in the Twitterverse, but it doesn’t hurt to follow @kfortegon and @rettarace.  Happy tweeting this week!

These are great but you used to be able to retweet directly from this page and I can’t do it on these for some reason?