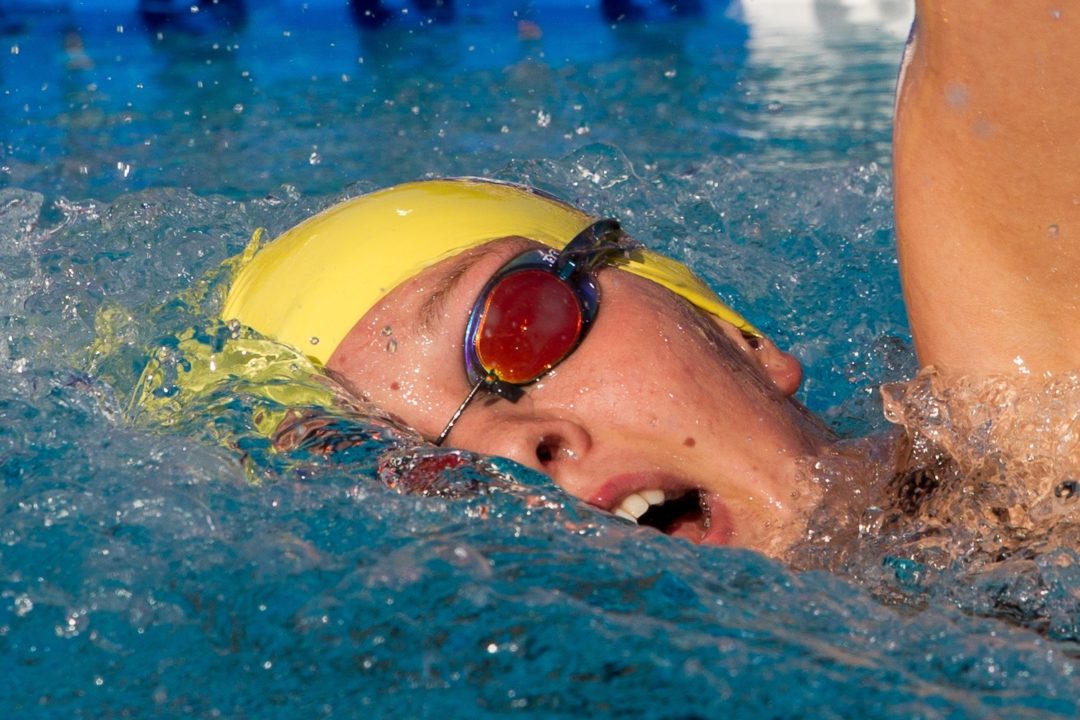 The first night of the 2013 Fran Crippen Swim Meet of Champions in Mission Viejo, California was the distance races; this is often an overlooked day at in-season meets, but in a meet that has been memorialized in the name of a distance swimmer who passed away while doing what he loved, swimming distances, it holds a special significance.

In the first race, the women’s 800, Mission Viejo’s own Chloe Sutton took a victory in 8:28.19, which is her second-best time of the season so far. She typically swims very well at this meet – last year she was a little better in this 800, but here’s what’s really cool: her opening 400 meter split of 4:11.66 was, to the hundredth, the same as it was at this meet last year.

The splits were about the same, through 500 meters, after which time Sutton’s closing splits started to pace off a little bit.

The men’s race went to Canadian Ryan Cochrane, who won in 15:03.14, beating Australia’s Mack Horton who was 2nd in 15:16.64. Cochrane built his margin fairly evenly throughout the 1500 meter swim.

Both swimmers were at the Santa Clara Grand Prix last weekend a few hundred miles north, but of the two only the 17-year old Horton swam this 1500 there. He was about three seconds faster at that meet.

For Cochrane, this is only his second attempt at the 1500 this year, but that’s about normal for him – last year, he swam the race just four times total, the last two of which were at the Olympics. He’s on about that same schedule this year.

The top finishing American in the race was 17-year old Janardan Burns in 3rd place. Burns will swim at Cal next year; and his Tennessee-bound teammate David Heronplaced 4th in 15:35.53.

The meet will run through Sunday.