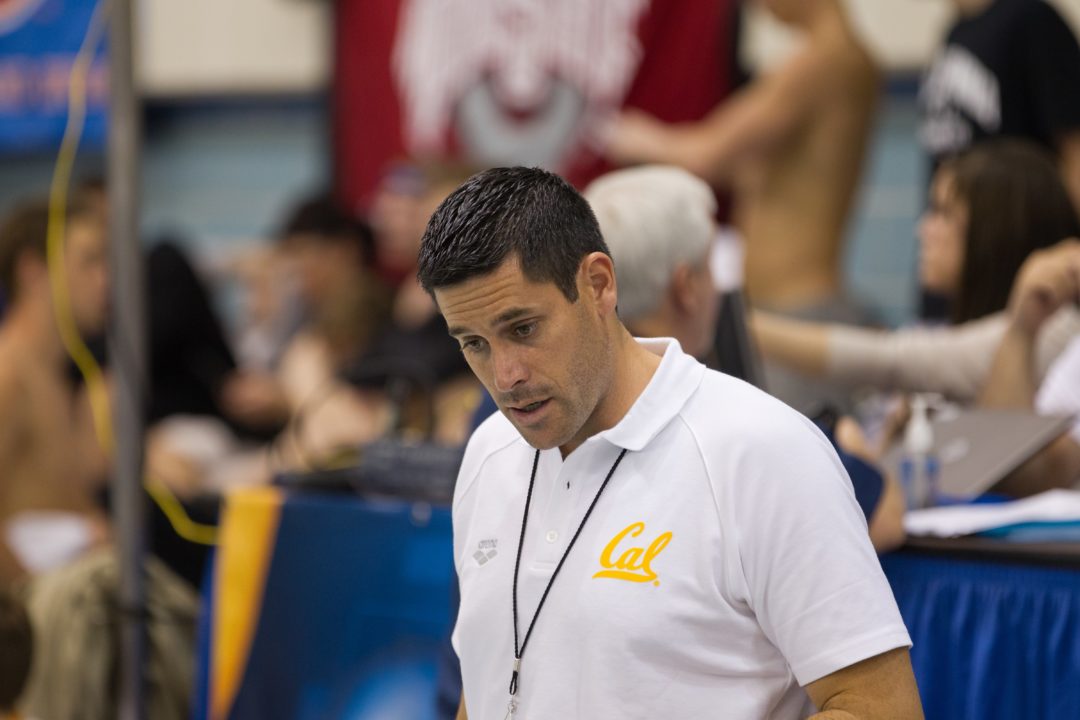 Greg Meehan is about to become the Bo Schembechler of swimming.

Ok, perhaps that comparison is a bit premature. Schembechler is one of the greatest college football coaches in history, having won 13 Big Ten Championships during his time at the University of Michigan. But Meehan will join Bo in one important way: he is about to jump sides in one of the biggest rivalries in college sports: this week, the former Cal men’s assistant will be named as the newest head coach of the Stanford women’s swim team.

Prior to his time with the Wolverines, Schembechler spent 4 seasons as an assistant at Ohio State, Michigan’s bitter rivals.

If Meehan can have the same success as Schembechler did, then the Cardinal are in for a treat.

Meehan has built a reputation as one of the best assistants in the country in the last four seasons on the north side of the San Francisco Bay. That includes being a part of Cal’s two-straight NCAA Championships. Prior to last season, he was promoted to Associate Head Coach under Dave Durden.

“We are excited for Greg as he begins his new journey in the role of head coach,” Durden said of the hire. ” This has been a collective effort to help Greg in advancing his professional career as a coach, and our team, our staff, and me personally, could not be happier for him.  It is nice to know that he is still just up the street from us, although he will be taking on a whole new wardrobe :).  Best of luck to Greg, his wife Tess, and his two boys, Sal and James!”

Meehan does have prior head coaching experience as well. From 2005-2008, he was the head coach of both the men’s and women’s programs at Pacific, where he led his team to a runner-up finish in the Big West in 2007. There, he also worked with Krzysztof Zoldak, the 2005 Big West Swimmer of the Year, and his teams broke every single school record.

Aside from huge success at the college level and experience in an academically-rigorous Ivy League environment.Meehan has the sort of international coaching credentials that a program like Stanford is looking for as well. He was a member of the US staff for the 2007 World University Games team.

This process of finding a new head coach after Lea Maurer stepped down following the Olympic Trials took much longer than I think most would have liked, especially cutting so far into the recruiting season. However, finding Meehan, who didn’t interview until late last week, was worth the wait; he fits just about every criteria that makes an ideal coach for a team like Stanford.

He, his wife, and his two children currently reside in Moraga, which is just southeast of Berkeley in the Oakland area. He theoretically wouldn’t even have to move, if he’s willing to endure an hour-long commute across the bay. Regardless, he won’t even have to totally uproot his family to take this new position.

This creates in interesting new dynamic on deck both in Palo Alto and in Berkeley, and should mean good things for Stanford. The Cardinal are one of a small handful of teams nationwide that threatens the current Cal dynasty in women’s swimming, though with Meehan jumping from the Cal men to the Stanford women, he won’t actually be competing against his former boss. Still, he’s had a front-row seat for everything that McKeever has done with the Cal women for the last four years.

Really good hire for Stanford. I guess waiting for the right guy was a good call. A little behind the 8-ball as far as recruiting but should be OK in the long run! Good luck coach.