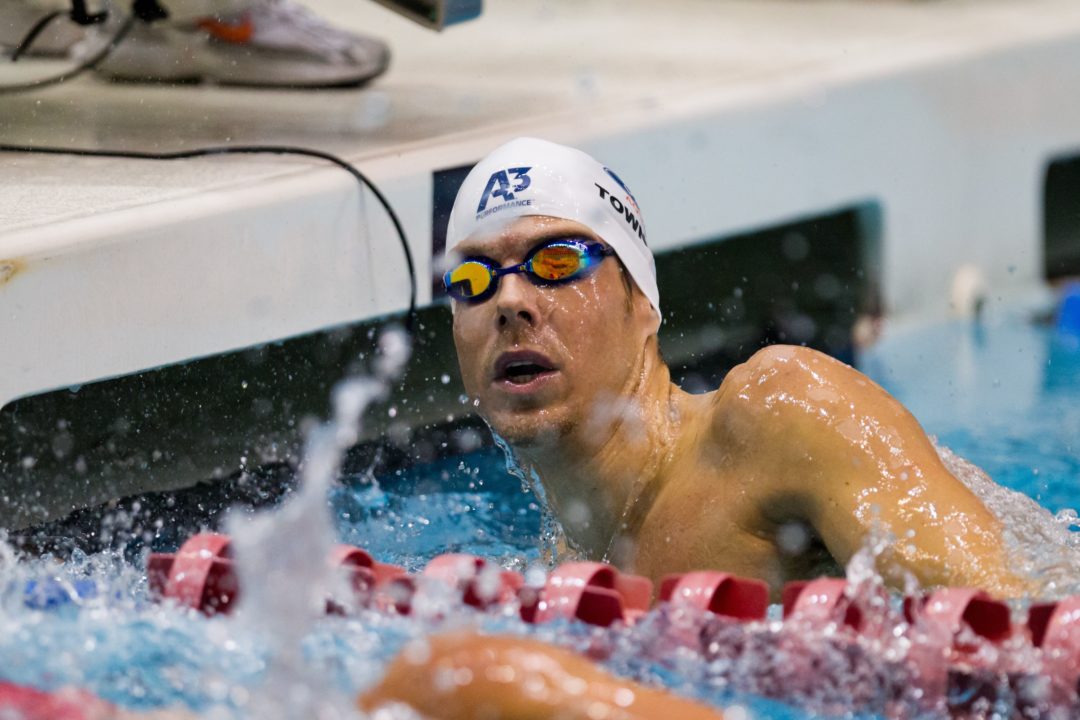 Darian Townsend is having a great fall already, and is one of 25 South Africans invited to Istanbul, with a catch. (Photo Courtesy: ©Tim Binning/TheSwimPictures.com)

Swimming South Africa on Tuesday sent out the official invitations to the 2012 FINA Short Course World Championships, and on the list are 25 pegged for the team’s trip to Istanbul, Turkey in December.

On the list are South Africa’s two Olympic Champions and swimming superstars: Cameron van der Burgh and Chad le Clos, the latter of whom is back in full action after illness forced him to pull out of South Africa’s post-Olympic qualifying meet early.
The lineup will also include Darian Townsend, who was on fire through the first two meets of the FINA World Cup Series in Dubai and Doha, plus sprint star Roland Schoeman who this fall has already tied the textile-best swim in the 50 fly in short course meters.
The women’s team will carry the usual cast of characters, including Kathryn Meaklim and Mandy Loots. Suzaan van Biljon will continue her comeback after a brief retirement to these World Championships, A notable absence from the team is former Georgia NCAA Champion Wendy Trott. Instead, the South African distance group will be represented by 16-year old Michelle Weber. She exploded in 2011, but the 2012 long course season wasn’t great for her. She’ll look to recover in Istanbul and restart her ascent to the top of South African swimming, which could really use a youth injection on the women’s side.
SSA also informed their athletes that though the trip would be subsidized, each athlete would be responsible for an 8,000 rand ($912) contribution toward their own travel costs. This comes on the heels of rumors that the organization was rumored to be facing serious financial woes earlier this year.
For a Short Course World Championship meet with limited financial rewards, there is a chance that some of the 25 invited athletes will balk at the expected contribution, perhaps instead choosing to stay home and train for the upcoming long course World Championships were greater financial returns are likely.

At the very least, Swimming SA should further limit the participants to the highest ranked qualifiers (say 15- 20 athletes instead of 25) and subsidize the entire cost of the trip. What a joke of an organization.