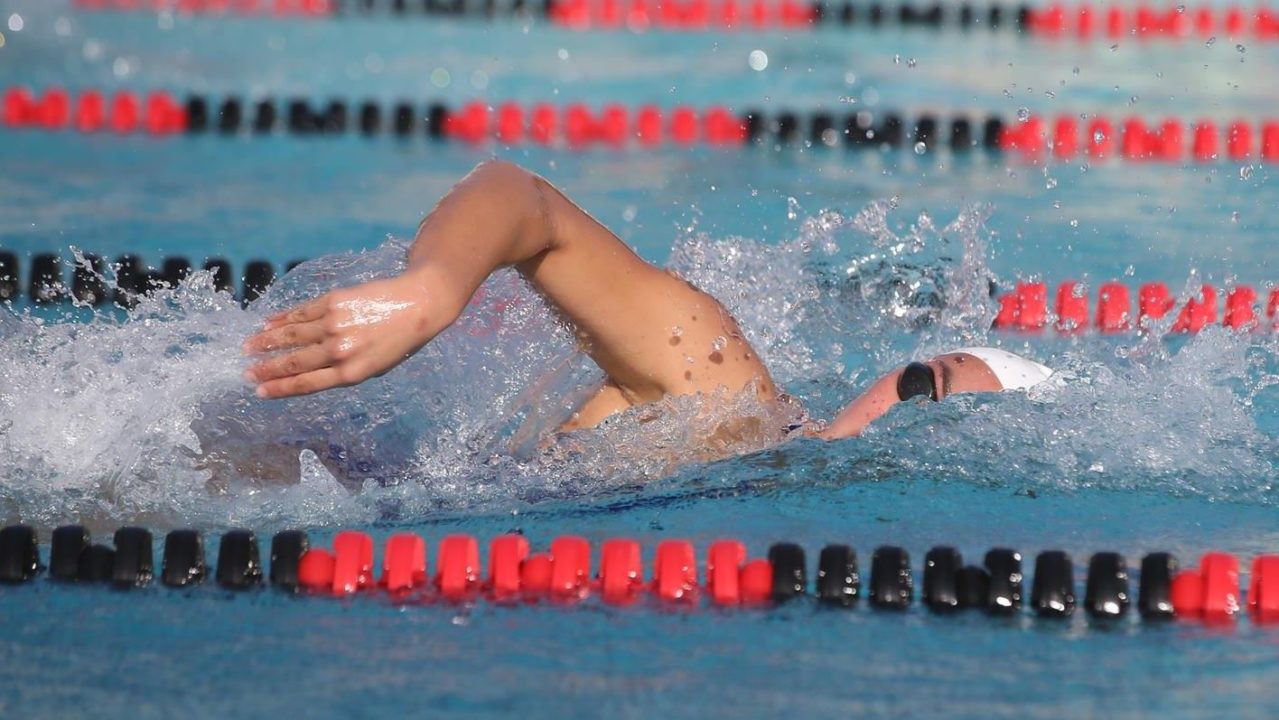 The pause for the Spartans could last up until the beginning of next season due to the strict collegiate protocols in Santa Clara County. Archive photo via Austin Ginn

Coming off competing at the Mountain West Conference Championships at UNLV, the San Jose State University women’s swimming & diving team will be pausing all team activities indefinitely due to strict directives in Santa Clara County.

Longtime Spartan head coach Sage Hopkins confirmed the news to SwimSwam, saying that the strict collegiate directives in place, particularly the “housing compliance” stipulation that disallows student-athletes from being within six feet of anyone who isn’t a roommate, were simply too restrictive for the athletes to live with over the offseason.

“The team did an admirable job of maintaining compliance with the directives all year (we had zero covid issues with the team), and we were hesitant to ask the team to continue living under such strict protocols (eg not being able to visit or “hug” their parents/family, not being within 6 feet of a boyfriend/girlfriend, etc),” Hopkins told SwimSwam.

Hopkins says the temporary pause could last up until the beginning of the fall semester.

In the meantime, team members are able to sign up for 45-minute lap swims at the Spartan Recreation and Aquatic Center (which only opened in 2019), though many will likely return home to swim throughout the summer. Hopkins says those who stay in the area may look to join a local club team in order to train and compete during the pause.

The San Jose State women’s 2020-21 season consisted of just three meets due to the pandemic, as the Spartans raced twice at Fresno State (Dec. 4-5 at the Fresno State Invitational, and then in a dual meet with the Bulldogs on Jan. 29) before closing things out at the Mountain West Championships this past weekend, placing eighth.