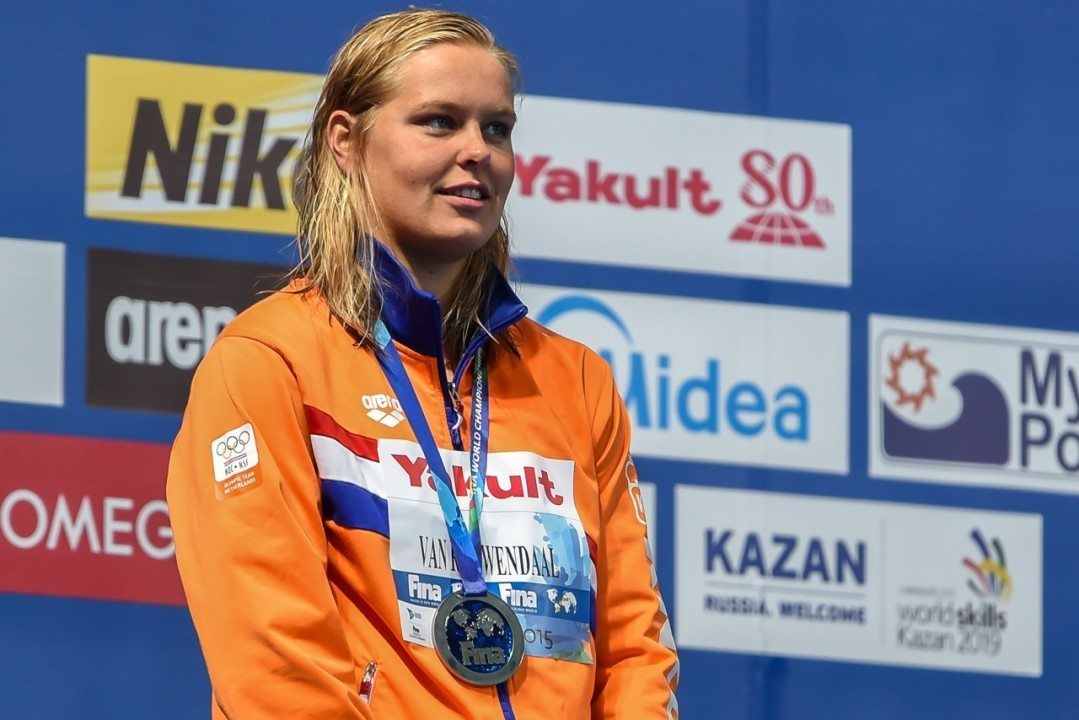 2016 Olympic open water gold medalist Sharon van Rouwendaal of the Netherlands was among a handful of professional athletes featured on HBO’s Last Week Tonight With John Oliver Sunday, May 17th.

Lacking pool access, van Rouwendaal posted a video on Instagram of herself swimming on a tether in a shallow inflatable pool at her home in France on March 28. Since then, van Rouwendaal has grown her setup to include a transparent plastic cover to help keep the water clean and help it warm up faster.

Van Rouwendaal was one among four athletes briefly mentioned by the comedian news anchor Sunday. Track star and 2016 Olympic silver medalist in the 5k Paul Chelimo is shown improvising soap and his bathtub for a treadmill; rock climber Brooke Raboutou can be seen scaling her fireplace in lieu of an actual climbing wall; Baltimore Oriole Branden Kline more comically doing front squats in his garage while using his dog as a weight. Dodgers pitcher Joe Kelly, meanwhile, is shown practicing pitching in his backyard only to miss the target break one of his home’s windows.

There's always a solution, you just have to be creative! 🙈🥶 I could only do 45 minutes in total because the water is very cold… • #stayactive #becreative #openwater #swimming #wetsuit #coldwater #littlepool • To use this video in a commercial player or in broadcasts, please email [email protected]