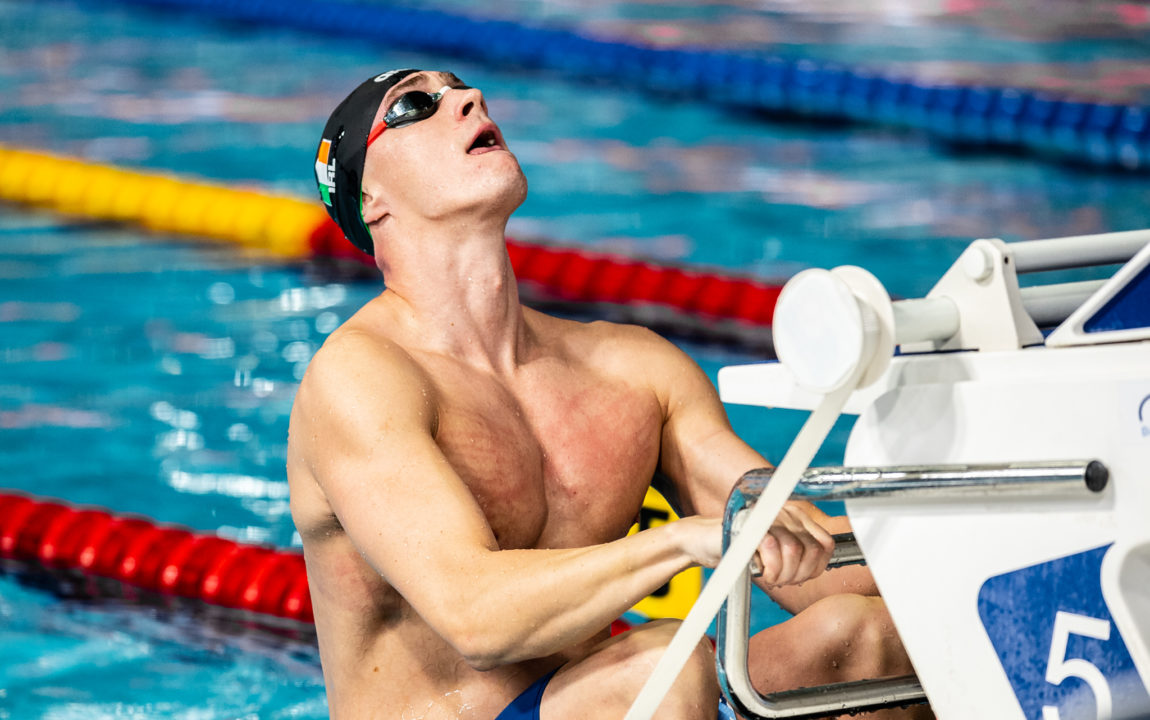 US Olympian Chloe Sutton Mackey has announced the birth of her first child Andrew James Mackey alongside her husband Jake Mackey.

Russian backstroker Anastasia Fesikova has pulled out of her first ISL foray as a Toronto Titan due to a lingering shoulder injury.

Swim Ireland revealed its 38-strong national squad rosters for the 2020-21 season, with a key focus not only on next year’s Summer Olympics but also the 2024 Games in Paris.

The tiering of the Programme into three distinct levels will be continued each season across the 2020-2024 cycle into the Paris Olympic Games, with the Programme aiming to support athletes as they endeavour to reach their full potential at senior international level.

Of note, Mona McSharry, who is swimming for the University of Tennessee, along with other athletes based outside of Europe are typically not selected for these national squads due to logistical issues.

Swim Ireland describes this specific Performance Cohort as taking on a relay focus, with the nation bidding to qualify its first Olympic relay since 1972.

Its men’s relays look particularly capable of qualifying for Tokyo, as both its 4x200m free relay and 4x100m medley relay are on the cusp of making the top 16 squads. The former finished 16th while the latter clinched a 14th place finish at the 2019 FINA World Championships, putting the nation in the conversation for the remaining at-large relay bids available through May 31, 2021.

The Performance Transition team segment is highlighted by European Junior Championships and FINA World Junior Championships finalist Eoin Corby, who will also be under Higson’s tutelage. They will be striving for Olympic qualification, but also having a distinct eye toward the 2021 Summer Universiade (World University Games).

Rudd’s comments on the team selections are as follows: “The Swim Ireland National Squad is a programme designed to assist and add value to each athlete’s home programme environment. The programme will provide these athletes and their home programme coaches access to opportunities and services which may otherwise be limited or unavailable to them. However, we strongly believe that this particular programme is so much more than camps, meets and services.

“It is about who we are, our identity as we approach an Olympic Games in 2021 and is a component which is key to further develop the performance culture within Irish swimming. We have strong beliefs and values and we have high standards and expectations; as such, our National Squad allows us ensure that when we walk into the arena together, we are galvanised, aligned and we possess a collective understanding of what is expected and required of us and from us. This is a very exciting group of athletes and we look forward to working with and for them over the months to come”

No mention of robbie powell who’s eligible once the Olympics and Olympic trials roll around and even more surprisingly no mention of Gerry Quinn who is the only real replacement for Robbie out there. Anyone know why Gerry never seems to come back to race in Ireland or get selected to anything, seems like he’s good enough and a legitimate hope for a relay spot in Tokyo