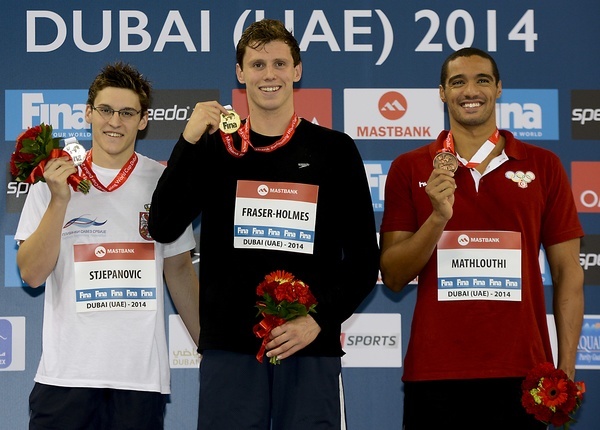 The Serbian Swimming Federation has released its 14-strong roster that will be traveling to Kazan for the 2015 FINA World Championships.

Velimir Stjepanovic leads the contingent, already having clocked three personal best times this year.  At Eindhoven, Stjepanovic threw down a 49.21, his fastest 100m freestyle to date.  Then, he also on rocked lifetime bests in the 800m free and 1500m freestyle events in Luxembourg, logging new marks of 8:37.91 and 14:54.72, respectively.  Stjepanovic is a major threat in the 200m and 400m freestyle events in Kazan, as he is the defending 2014 European Champion in both races.

A swimmer who is not on the roster is the Serbian Swimming Federation’s newest member, Arkady Vyatchanin, as his affiliation with the country is too fresh for the backstroke ace to be able to represent his new swimming home.