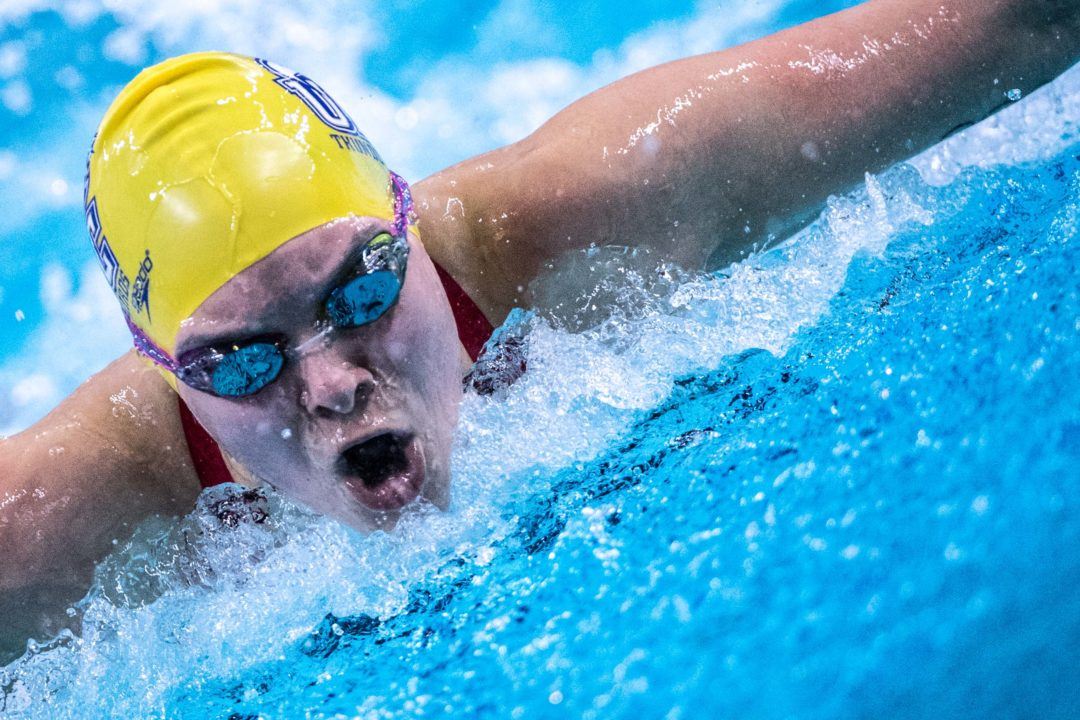 There are a total of four ‘A’ final scratches on the fourth of five nights at the 2019 Canadian Swimming Trials in Toronto, including two in the women’s 200 freestyle.

Erika Seltenreich-Hodgson (seventh) and Kelsey Wog (ninth) have both dropped out of the event, bumping Tessa Cieplucha and Kennady Kilger up into the ‘A’ final.

Emily Overholt and Mackenzie Padington also dropped out of the ‘B’ final.

Seltenreich-Hodgson’s best chance to qualify for the World Championship team will come Sunday in the 200 IM, coming in as the fourth seed. Wog, who made the team on the opening night in the 200 breast, is also scheduled to swim that event and comes in with the second seed.

The other two scratches came in the 50 breaststroke, an event Swimming Canada isn’t using for Worlds selection.

Bailey Andison swam a lifetime best of 31.87 in the prelims, putting her third, but has withdrawn from the final. That bumps Pilar McCann into the ‘A’.

In the men’s event James Dergousoff, who won the 200 breast on day one, dropped out after qualifying fifth this morning in a time of 28.95. Luca Chiandussi was the benefactor of that scratch as he gets moved up into the ‘A’ final.