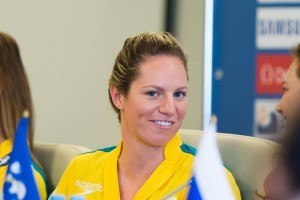 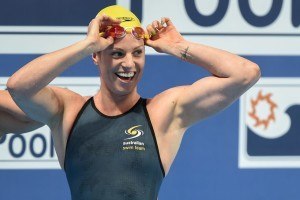 Just when I was starting to get a little mournful of the fact that the 2015 FINA World Cup Series has come to an end, FINA releases its part wrap-up/part pump-up video from the Doha stop on November 2nd and 3rd.  Glimpses of the greats are intermingled with cheering fans and family members, giving us just a taste of how thrilling this year’s action truly was.

Australians Mitch Larkin and Emily Seebohm are shown doing their backstroke thing in the pool, while South Africans Chad Le Clos and Cameron Van der Burgh are also throwing down some headline-worthy performances in the video.

Pretty sure Katinka could top the Shane flex.