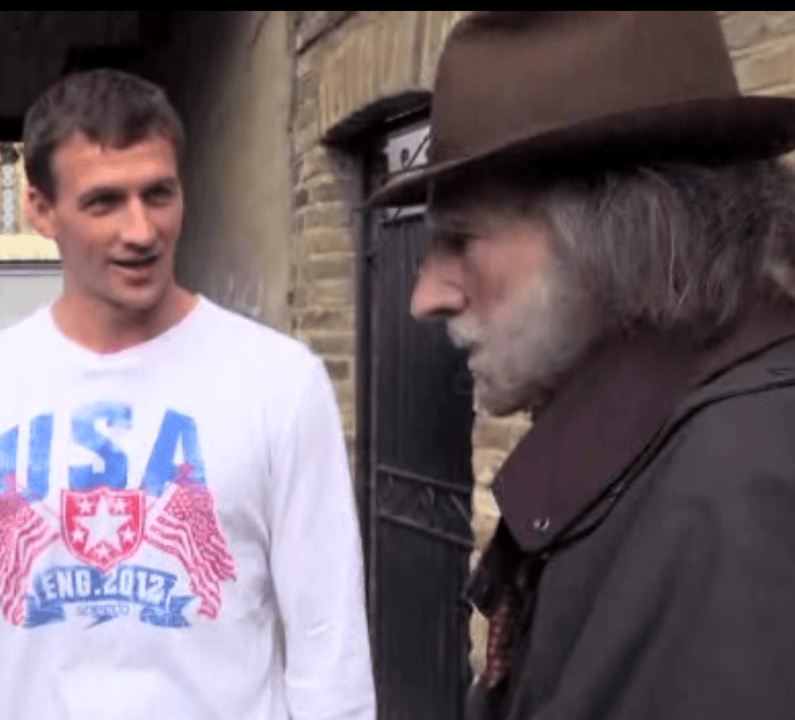 Teehee!seriously the ticket fiasco is ridiculous.I scrambled for weeks to get tickets to see my child swim…only to find a sea of empty seats in the venue.Turns out if you live in London you can register an account with LoCog and get tickets that are released daily….not available to anyone else.Those tickets were being purchased by residents then resold for many times their value on Craig’s list…Ticketing for the Olympics needs a serious overhaul before Rio.Good to see this spoof, it is great to be able to laugh about it now….

Loche with Captain Picard of Star Trek the next Generation