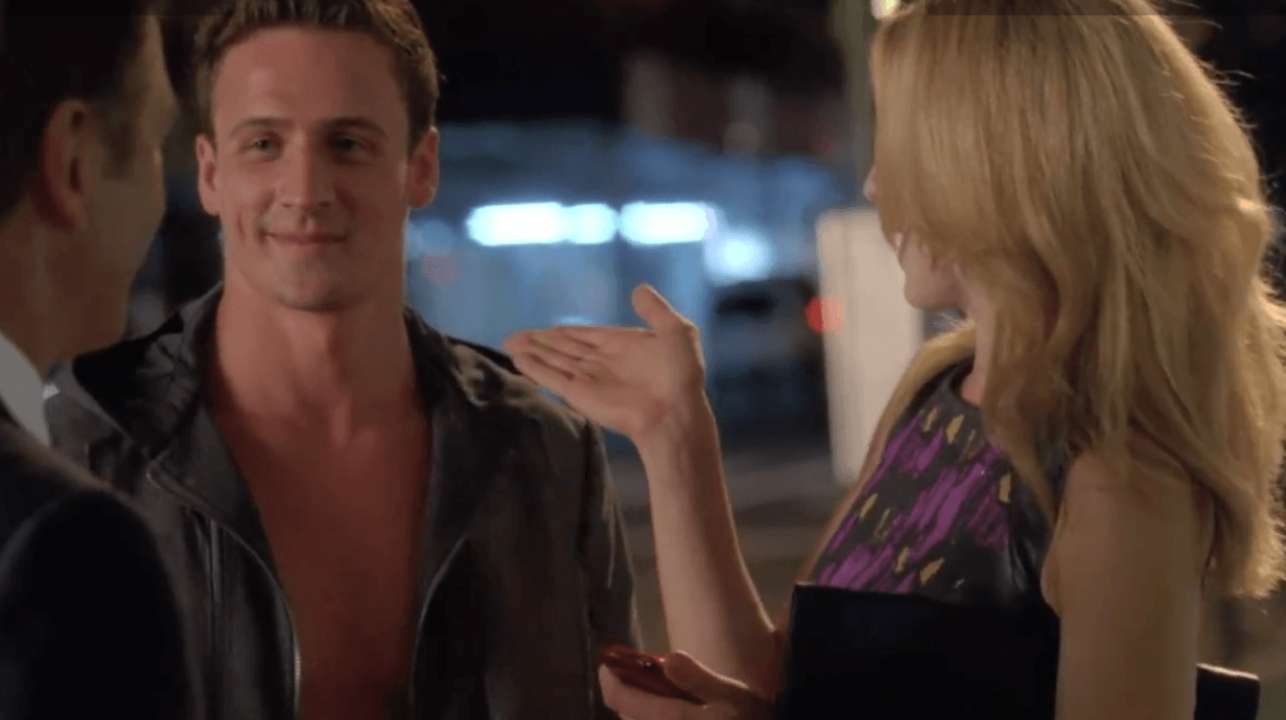 11-time Olypmic medalist, Ryan Lochte, is the star of NBC’s promotional teasers for their 7th season premiere of 30 Rock.

The 2012 London Olympic gold medalist commented that he liked working with the show creator, writter and producer, Tina Fey (aka Liz Lemon), and explained to E! Entertainment News that Alec Baldwin was a good guy, making the gig easy.

From the shot clip, it’s appears Lochte is very relaxed onscreen. Of course he’s playing a spoof on himself, something he did right after his performance in London on Funny or Die in the spoof “Peeing in the Pool” which received positive review.

It appears Lochte’s character, the Sex Idiot, either inspires Alec Baldwin’s character, Jack, or irritates him. Since Alec/Jack is trying to brush up on his dating skills, Lochte’s character may inspire him to go shirtless…. Who knows, but with Fey’s hand behind the story, the plot point should add an interesing twist.

Lochte’s 30 Rock spot is not the end of his big onscreen moments. At the end of the month, we’ll get a glimpse at his “acting chops” when he guests on CW’s 90210. Lochte will not be playing himself on the episode.

It’s not the season premiere. It’s the third episode,Stride of Pride. 🙂