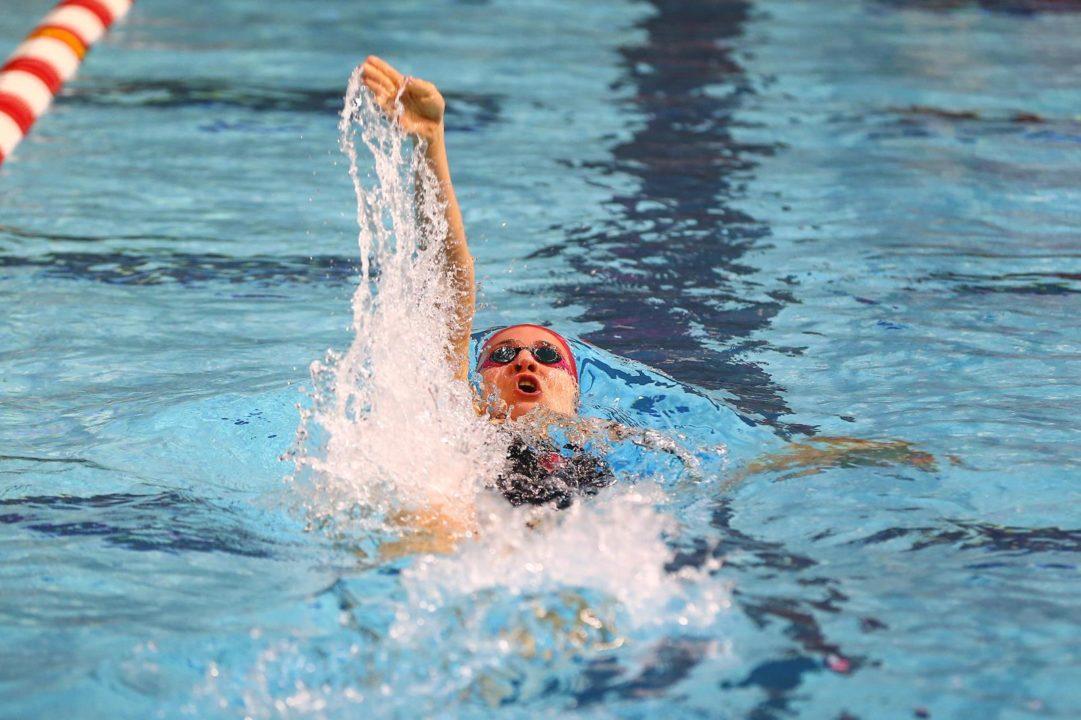 After a season that featured five school records, six pool records, 18 times/scores among the all-time top 10, two zone finalists and the highest-ever podium finish at the Big Ten Championships, the Rutgers swimming & diving team is looking to continue the momentum in 2020-21 behind the leadership of newly named captains – swimmers Federica Greco, Terka Grusova and Sofia Chichiakina and diver Lauren Boone.

A participant of the 2019 World University Games with Olympic dreams of swimming for her native Italy in Toyko, Federica Greco holds the second-fastest time in Rutgers history in the 200 fly and the third-fastest times in the 100 fly and 200 IM.

One of three Scarlet Knights swimming at last year’s World University Games, the rising redshirt senior swam the second leg of the 4×100-meter medley relay helping her team to a sixth place performance and also qualified for the semifinals in both the 50- and 100-meter fly, coming in 14th in both events.

Before her World University Games appearance, Greco won seven events for the Scarlet Knights during the 2018-19 season and posted a pair of B times in both fly events.

A CSCAA All-American and two-time NCAA qualifier in the 100 and 200 back, Terka Grusova captured Rutgers’ highest finish to-date at a Big Ten Championship with a silver medal 100 back performance. A Second Team All-Big Ten honoree, the rising junior also had podium finishes in helping the 200 and 400 free relays to new school records and qualified for B finals in the 200 back.

During her second season “On The Banks”, Grusova finished first in the 100 back five times and set the Rutgers Aquatics Center record in the event. She was also named a Big Ten Swimmer of the Week.

Internationally during the 2019-20 season, Grusova swam for her native Czech Republic in the 100 and 200 back at the European Short Course Championships in Glasgow, Scotland.

In her first season at Rutgers, Sofia Chichaikina help to set four school records, four pool records and captured two podium finishes at the 2020 Big Ten Championships. In addition to a sixth place finish with 400 free relay and seventh place finish with the 200 free relay at the Big Ten Championships, she also competed in the B finals of the 50 and 100 free.

The rising sophomore collected 16 victories throughout the 2019-20 season and was a two-time Big Ten Freshman Swimmer of the Week.

Prior to arriving “On The Banks”, Chichaikina was a three-time gold medalist at the European Championships with the Russian relay team and a three-time Russian national championship medalist.

A NCAA Zone performer, Lauren Boone will guide the Scarlet Knight diving corps as she heads into her senior season.

Boone was one of four Scarlet Knights to qualify for zone diving last season and finished in the top 20 with a career-best score on the platform. Her zone appearance was on the heels of capturing Rutgers’ top performance in the event at the 2020 Big Ten Championships. Boone also placed third on both the 1- and 3-meter in the dual meet with Villanova and took third on the 1-meter at the Rutgers Pre-Season Tuneup.