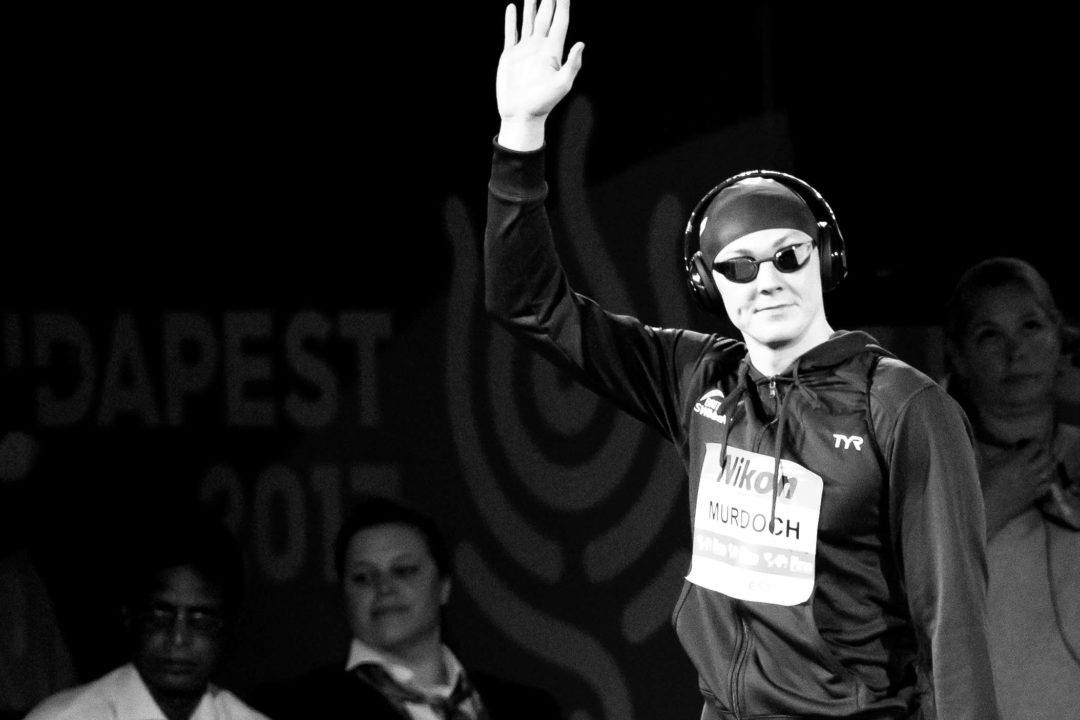 After a triumphant return to the pool with three bronze medals at the 2022 Commonwealth Games, Murdoch is open to representing Scotland again in 2026. Archive photo via Mike Lewis/Ola Vista Photography

Scottish swimming legend Ross Murdoch has come out of retirement once before, and isn’t ready to rule out the possibility of doing so again.

Murdoch, 28, initially called it quits in December 2021, having made two appearances at the Olympic Games, won three World Championship medals, and claimed individual titles in the 200 breaststroke at the Commonwealth Games (2014) and European Championships (2016).

However, after a change of heart, he made a triumphant return in 2022, winning three bronze medals at the Commonwealth Games in Birmingham, England, highlighted by his effort in the 200 breast.

Now, although his focus has shifted out of the pool over the last few months, recently graduating with a masters degree in sport management from the University of Stirling, Murdoch is leaving the door open for a possible return down the line, with an eye on the 2026 Commonwealth Games in Victoria, Australia.

“A Commonwealth Games is a massive thing. It really does feel like a family – that feeling of swimming for Scotland, there’s just nothing else like it,” Murdoch told Scottish outlet The Herald.

“I’ve not officially retired but I haven’t been training in the pool for several weeks. For me, if I still feel this type of fire in eight or nine months, I could consider the possibility of another Commonwealth Games. But training for a Games is a difficult job and I need to wait and see with everything else – and whether it balances with my life after sport.”

When Murdoch out-touched Australian Matthew Wilson for bronze by 16 one-hundredths of a second in the 200 breast final this past summer, it marked the third straight Commonwealth medal for him in the event, having won gold in Glasgow in 2014 and silver on the Gold Coast in Australia in 2018.

“For me, swimming for Scotland was the biggest thing. It was always my main dream and I’ve gone on to compete at two Olympic Games, three Commonwealth Games, and numerous World and European Championships.

“I’m so proud of myself that I’ve managed to achieve that.”