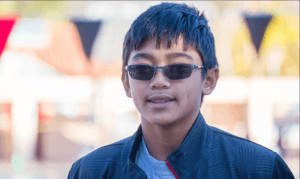 After his prelims swim, we commented that Dalmacio hadn’t shown quite the same front-end speed as Lasco had at this age, and while in finals he was still a tick slower, going under 30 seconds on both halves of this 100 backstroke is unprecedented in the 10 & under age group.

The video above shows that while Dalmacio is big for his age, he’s by no means a towering giant. He has a very long, smooth stroke as compared to those around him, and looks especially comfortable through his turns.

with that close of splits I see a bright future of 200 back for this kid. impressed

His technique is stupidly good for his age. How tall is he?

I agree. He reminded me so much of Kristina Egerszegi. Plus the power he has off the walls is incredible. Loved it.