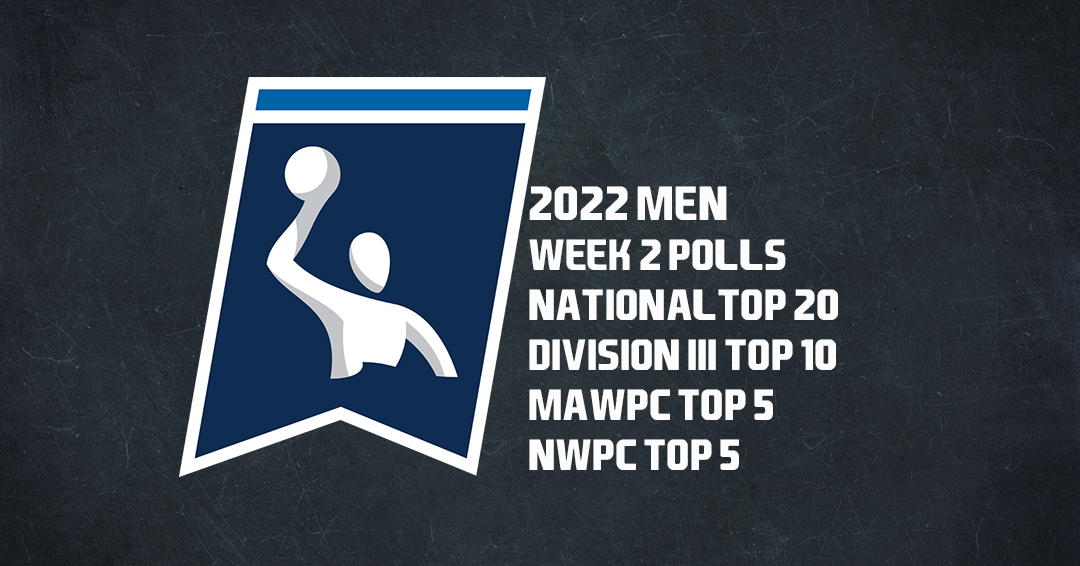 The Golden Bears have had an undefeated start to the season, including victories over Pacific, UC San Diego and Pepperdine on the weekend.

California, which topped the University of Southern California by a 13-12 score to claim the 2021 NCAA crown, and Pomona-Pitzer, which claimed a 13-12 overtime decision over Claremont-Mudd-Scripps Colleges for the 2021 USA Water Polo Division III Championship, hold top billing in the National Top 20 and Division III Top 10 Polls through the first two weeks of the 2022 NCAA season.

The University of California is once again the top-ranked team in the nation as the 2021 National Collegiate Athletic Association (NCAA) Champion Golden Bears remain No. 1 in the Week 2/September 14 National Men’s Varsity Top 20 Poll.

California (100 points) continues as a unanimous No. 1 selection to lead a Top 20 which experiences minor adjustments following two weeks of competition.

The reign of Pomona-Pitzer Colleges as the No. 1 team in Division III continues as the Sagehens lead the Week 2/September 14 Men’s Varsity Division III Top 10 Poll.

Pomona-Pitzer (99 points), Claremont-Mudd-Scripps Colleges (96 points) and California Lutheran University (87 points) remain at No. 1-to-3, respectively, with Johns Hopkins University (80 points) hanging on at No. 4.

A week after the United States Naval Academy – which finished as the runner-up at the 2021 Mid-Atlantic Water Polo Conference (MAWPC) Championship – dislodged defending league champion Fordham University to assume the top spot in the Week 1/September 7 MAWPC Preseason Top Five Poll, the New York squad returns the favor in the Week 2/September 14 voting.

Fordham (96 points) flips the script compared to Navy (95 points) as the Midshipmen held a 96-95 lead over the Rams last week.